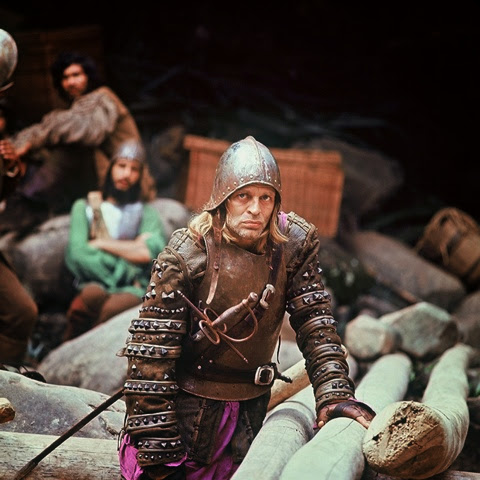 Herzog is considered one of the greatest figures of New German Cinema and his films have screened for audiences worldwide. The sixteen films included in this collection span three decades, incorporating both fiction and documentary and ranging from widely recognized titles (Fitzcarraldo,  My Best Fiend) to the earliest works (Even Dwarfs Started Small) from the master director, giving both new and existing fans the opportunity to diversify and enhance their awareness of Herzog’s extraordinary films.

Herzog has a truly unique voice and the addition of his films furthers Fandor’s mission to preserve and advance film culture by making important and often rare films available to wider audiences.

Spanish conquistadores disappear into the jungle without a trace while searching for the legendary El Dorado.

An homage to F.W. Murnau’s silent classic, this richly-drawn version of the Dracula tale is one of Herzog's most beautiful and haunting films.

*Fandor is hosting a special screening at Cinefamily in Los Angeles of NOSFERATU, THE VAMPYRE

The powerful story of the poor soldier, Woyzeck, who is driven to madness and murder by the social conditions in which he lives.  Based on the stage play by Georg Büchner.

Based on the best-selling novel "The Viceroy of Ouidah" by Bruce Chatwin, Cobra Verde tells the fascinating story of Francisco Manoel da Silva.

An apocalyptic vision of the oil well fires in Kuwait after the Gulf War as a whole world burst into flames.

The story of a man for whom there is no place in society and his attempts to find freedom and fortune in America.

Fata Morgana (“Mirage”) is a science-fiction elegy of dead or demented colonialism in the Sahara.

A mysterious foundling emerges from a dark cellar where he has spent his youth and, as if he had arrived from another planet, he has no concept of this world.  Based on a true story.

The heroine of this documentary is a blind and deaf woman whose job is to help others similarly afflicted.

In a desolate stretch of earth somewhere in the heart of Australia, a group of tribal Aborigines struggle to defend a sacred site against the bulldozers of a mining company.

A figure has apocalyptic visions and foresees destruction and collective madness.

A documentary film about child soldiers tragically caught up in the Miskito Indian resistance of Nicaragua.

A documentary about the extraordinary capture and escape of the German/U.S. pilot Dieter Dengler in Laos.

Werner Herzog’s bleak vision of rebellion and the resulting mayhem in an institution.

Posted by GenreOnline.net at 2:02 PM