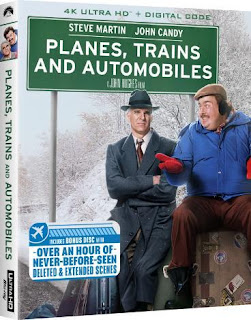 Written and directed by the incomparable John Hughes, the celebrated comedy PLANES, TRAINS AND AUTOMOBILES comes in for a landing on 4K Ultra HD for the first time ever on November 22, 2022 from Paramount Home Entertainment.

Newly remastered on 4K Ultra HD with Dolby Vision™ and HDR-10, PLANES, TRAINS AND AUTOMOBILES looks better than ever and is packaged with a bonus “LOST LUGGAGE” Blu-ray Disc™ containing over an hour of never-before-seen deleted and extended scenes that were recently discovered in the archives of writer, producer and director John Hughes.  The newly uncovered footage offers a unique glimpse into the filmmaking and editing process and features even more hilarious moments between Steve Martin and John Candy.

·       Getting There is Half the Fun: The Story of Planes, Trains and Automobiles

The release also includes access to a Digital copy of the film.

Steve Martin and John Candy star in this hysterical tale of travel gone awry. Neal Page (Martin) is an uptight ad exec trying to get home to Chicago for Thanksgiving with his family. When rerouted to Wichita, Neal reluctantly partners with Del Griffith (Candy), an obnoxious yet loveable salesman. Together, they embark on a cross-country adventure filled with outrageously funny situations and a generous helping of warmth.

Posted by GenreOnline.net at 9:10 AM No comments: 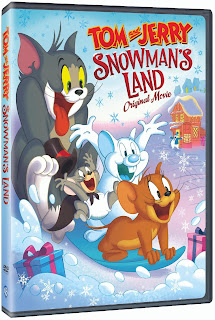 It’s The Most Wonderful Time of the Year

BURBANK, CA September 29, 2022) – Just in time for the holidays, everyone’s favorite cat and mouse duo are back in action as Tom and Jerry: Snowman’s Land releases on Digital and DVD November 29, 2022 from Warner Bros. Home Entertainment. Produced by Warner Bros. Animation, the all-new, full-length animated family holiday film is filled with 72 minutes of toe-tapping tunes and hilarious hijinks and 3 classic episodes. Tom and Jerry: Snowman’s Land will be available to own on Digital for $14.99 SRP (US and Canada) and on DVD for $19.98 SRP ($24.98 in Canada).

It’s time to chase that holiday spirit with Tom and Jerry! With magic in the air, Jerry and his nephew, Tuffy, make a snow mouse that miraculously comes to life! To keep their new friend, Larry the snow mouse from melting, Tuffy and Jerry must race him to the fabled Snowman’s Village. In hot pursuit, Tom and devious Dr. Doublevay have their own plans for Larry’s magic. Get ready to go dashing through this epic tale filled with songs, snow, thrills, laughs and even a bit of holiday magic!​

Posted by GenreOnline.net at 4:44 PM No comments: 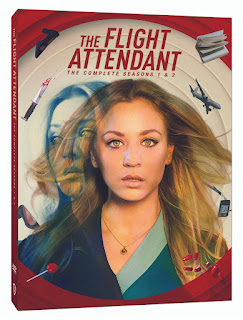 BURBANK, CA (September 27, 2022) – Buckle-up as the HBO Max dark comedy series that hooked audiences all around the world travels to your home as Warner Bros. Home Entertainment releases The Flight Attendant: The Complete Season 1 & 2 on DVD November 29, 2022. Follow all 16 episodes from seasons 1 and 2, plus more than an hour of bonus content that goes behind the scenes of the series for the ultimate fan! The Flight Attendant: The Complete Season 1 & 2 is priced to own at $39.99 SRP for the DVD. The series is also available to own on Digital via purchase from digital retailers.

Starring Kaley Cuoco, The Flight Attendant is a story of how an entire life can change in one night. A flight attendant (Cuoco) wakes up in the wrong hotel, in the wrong bed, with a dead man – and no idea what happened. The dark comedic thriller is based on the novel of the same name by New York Times bestselling author Chris Bohjalian.

The Flight Attendant is currently available to own on Digital. Digital purchase allows consumers to instantly stream and download to watch anywhere and anytime on their favorite devices. Digital movies and TV shows are available from various digital retailers including Prime Video, Apple TV, Google Play, Vudu and others.

Posted by GenreOnline.net at 1:04 PM No comments: 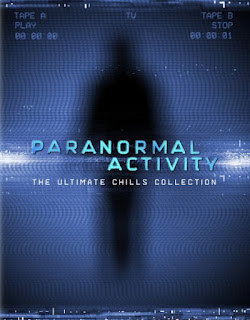 Packed with chills and horrifying surprises, this must-own collection also features the 90+ minute documentary UNKNOWN DIMENSION: THE STORY OF PARANORMAL ACTIVITY.  This definitive documentary chronicles the complete story of PARANORMAL ACTIVITY from indie sensation to blockbuster franchise.  Featuring interviews with cast and crew, newly revealed footage from the terrifying films, and insight from fans, it’s a must-see exploration of the movies that reimagined the “found footage” genre for a whole new generation of viewers.

Posted by GenreOnline.net at 11:42 AM No comments: 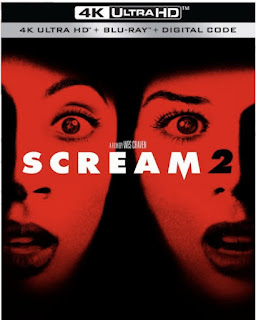 Celebrating its 25th anniversary this year, the fan favorite SCREAM 2 arrives on 4K Ultra HD for the first time on October 4, 2022!

Originally released on December 12, 1997 in the U.S., SCREAM 2 has been newly remastered in 4K and will be released both on Digital and in a 4K Ultra HD/Blu-ray set that includes legacy bonus content (detailed below), as well as access to a Digital copyof the film.

Away at college, Sidney Prescott (Neve Campbell) thought she’d finally put the shocking murders that shattered her life behind her… until a copycat killer begins acting out a real-life sequel.  Now, as history eerily repeats itself, ambitious reporter Gale Weathers (Courteney Cox), Deputy Dewey (David Arquette) and other SCREAM survivors find themselves trapped in a terrifyingly clever plotline where no one is safe or beyond suspicion.

Posted by GenreOnline.net at 11:34 AM No comments: 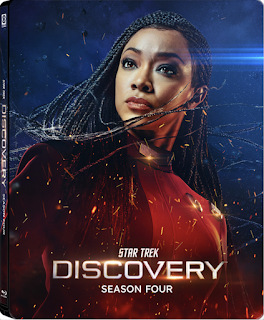 The Paramount+ Original Series Arrives With Over 90 Minutes of Special Features, Including Exclusive Cast and Crew Interviews, Commentary,

● STAR TREK DISCOVERY: THE VOYAGE OF SEASON 4 - A continuation of the series, this behind-the-scenes featurette includes writers and producers as they discuss how their visions were realized by the cast, sets, costumes and props in Season Four.

● BEING MICHAEL BURNHAM: THE CAPTAIN’S LOG - From Sonequa Martin-Green, fans are taken through her personal journey as Captain Michael Burnham. Follow Martin-Green, as she sits in the Captain’s chair and shares intimate videos taken throughout the season, behind-the-scenes moments and interviews.

● CREATING SPACE - Fans can explore the VFX department to see their use of an AR wall for the immersive on-screen experience created for The Holodeck, which utilizes the largest AR wall to date.

● THE TOLL IT TOOK - From the writer’s room and prop building to costume fittings, the production stage and post, the cast and crew discuss the toll COVID took during the development of Season Four.

The collections will be released internationally on the following dates:

Seasons one, two and three of STAR TREK: DISCOVERYTM are currently available on Blu-ray and DVD, and available to stream now on Paramount+, and is distributed by ViacomCBS Global Distribution Group. The series is distributed concurrently by ViacomCBS Global Distribution Group on Netflix in 188 countries, and in Canada on Bell Media’s CTV Sci-Fi Channel and OTT service Crave, and produced by CBS Studios in association with Secret Hideout and Roddenberry Entertainment.

Posted by GenreOnline.net at 3:21 PM No comments: