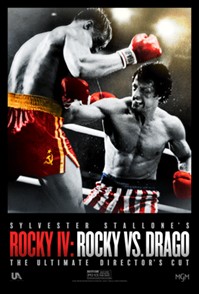 MGM TO RELEASE SYLVESTER STALLONE’S ‘ROCKY V. DRAGO: THE ULTIMATE DIRECTOR’S CUT’ IN THEATRES NATIONWIDE FOR ONE NIGHT ONLY NOVEMBER 11th
Exclusive Engagement in Partnership with Fathom Events Features 40 Minutes of Never-Before-Seen Footageand a Special Live Q&A with Sylvester Stallone
WATCH THE TRAILER
PURCHASE TICKETS
Los Angeles, CA, September 30, 2021 – The most triumphant sports-drama franchise in history returns to select theaters nationwide for a one night only exclusive engagement on November 11th with Sylvester Stallone’s ROCKY V. DRAGO: THE ULTIMATE DIRECTOR’S CUT. After more than 35 years, director, writer and star Sylvester Stallone masterfully reshapes ROCKY IV, delivering 40 minutes of never-before-seen footage. The fight scenes are more intense, the music is more powerful and the drama is heightened as world heavyweight champion Rocky Balboa (Stallone) must defend his title once again, this time against his most formidable opponent: Ivan Drago (Dolph Lundgren).
In celebration of the new film, MGM is teaming up with Fathom Events for nationwide screenings, offering fans a chance to be among the first to see this all-new version of Stallone’s classic 1985 film. Additionally, an exclusive Q&A with Stallone will be broadcast live in select movie theaters nationwide, and audiences will be treated to a behind-the-scenes look at the making of the recut film.
Tickets for ROCKY V. DRAGO: THE ULTIMATE DIRECTOR’S CUT can be purchased online at www.fathomevents.com or at participating theater box offices today. A complete list of theater locations is available on the Fathom Events website (theaters and participants are subject to change).
When it was first released in 1985, ROCKY IV became the highest grossing of all the Rocky films, as well as the highest-grossing sports-drama in cinema for nearly a quarter-century. From writer, director and star Sylvester Stallone, ROCKY IV also features Brigitte Nielsen, Burt Young, Carl Weathers, Dolph Lundgren, Michael Pataki, Robert Doornick, Stu Nahan, Talia Shire and Tony Burton. Irwin Winkler and Robert Chartoff produced the original film, with Arthur Chobanian and James D. Brubaker serving as executive producers.
Posted by GenreOnline.net at 10:53 AM No comments: 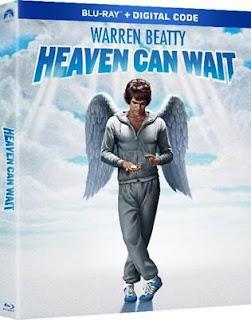 Posted by GenreOnline.net at 10:48 AM No comments: 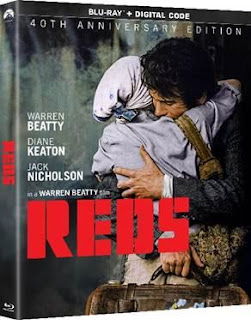 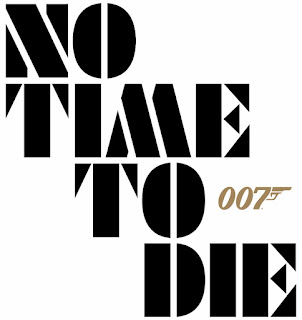 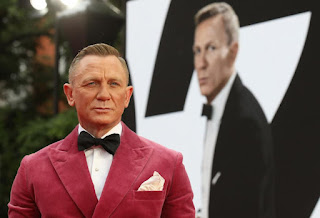 Rick and Morty: The Complete Fifth Season Traveling Across the Multiverse & Into Your Homes on Blu-ray™ Steelbook, Blu-ray & DVD December 7, 2021 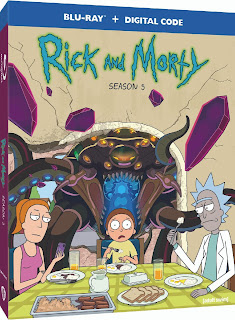 Brings Home All the Antics

Traveling Across the Multiverse & Into Your Homes

BURBANK, CA (September 28, 2021) America’s favorite crazy scientist and his grandson return for their long-awaited and highly anticipated misadventures when the latest season of Adult Swim’s hit series Rick and Morty: The Complete Fifth Seasonarrives on Blu-ray Steelbook, Blu-ray and DVD on December 7, 2021. From creators Justin Roiland (“Solar Opposites”) and Dan Harmon (“Community”), get ready to binge on one of cables #1 watched comedies featuring all 10 episodes from Season 5, and outrageous bonus content including the never-before-seen featurette - "Fighting Gravity": The Making of Season 5. Exclusive to the set, follow co-creator Dan Harmon and the crew as they reflect on the challenges of completing this season in the middle of a pandemic. Additional special features include “Inside the Episode” segments for every episode, numerous featurettes, and more. Rick and Morty: The Complete Fifth Season is priced to own at $24.98 SRP for the DVD ($29.98 in Canada), $29.98 SRP for the Blu-ray ($39.99 in Canada), $39.99 SRP for the Blu-ray Steelbook ($44.98 in Canada). Rick and Morty: The Complete Fifth Season is also available to own on Digital via purchase from digital retailers.

Rick and Morty is the multi-Emmy® Award winning half-hour comedy series that airs on Adult Swim, the #1 destination for young adults for over a decade. The half-hour animated Adult Swim hit comedy series follows a sociopathic genius scientist who drags his inherently timid grandson on insanely dangerous adventures across the universe. Rick Sanchez is living with his daughter Beth's family and constantly bringing her, his son-in-law Jerry, granddaughter Summer, and grandson Morty into intergalactic escapades. Rick and Morty was the #1 comedy across all of television in 2017 and 2019 and has become a multi-platform sensation not just on television, but across digital, gaming, live streaming, retail, and fan experiences.

With Blu-ray’s unsurpassed picture and sound, Rick and Morty: The Complete Fifth Season Blu-ray release will include 1080p Full HD Video with DTS-HD Master Audio for English 5.1. Featuring all 10 episodes from the season 5 in high definition, as well as a digital code (available in the U.S. only).

Rick and Morty is available to own on Digital. Digital allows consumers to instantly stream and download all episodes to watch anywhere and anytime on their favorite devices. Digital is available from various retailers including iTunes, Amazon Video, Google Play, Vudu, Xbox and others. A Digital Code is also included in the U.S. with the purchase of specially marked Blu-ray discs for redemption and cloud storage.

Posted by GenreOnline.net at 2:36 PM No comments: 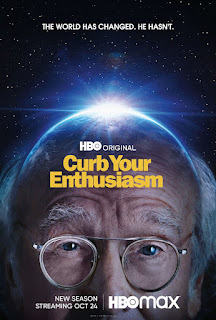 Posted by GenreOnline.net at 2:31 PM No comments:

Director Hal Ashby’s Harold And Maude, A Classic Coming-Of-Age Comedy Celebrates Its 50th Anniversary with a Newly Restored and Remastered Version on Blu-ray™ 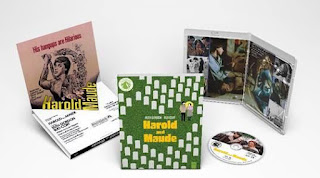 Directed by Hal Ashby and written by Colin Higgins, the critically acclaimed cult classic HAROLD AND MAUDE arrives on Blu-ray as part of the Paramount Presents line December 7, 2021 from Paramount Home Entertainment.

Originally released on December 20, 1971, HAROLD AND MAUDE celebrates its 50th anniversary this year and has been beautifully restored and remastered for this Limited-Edition release.  For the restoration, the original negative was scanned in 4K and careful color correction and cleanup were undertaken to pay homage to director of photography John Alonzo’s memorable work and honor the look of the film. In addition, the incredible soundtrack was completely remixed using recently discovered tracks to add clarity and depth.

The Paramount Presents Blu-ray includes a new commentary with Larry Karaszewski (co-screenwriter,Ed Wood; co-screenwriter, Dolemite Is My Name) and Cameron Crowe (writer & director, Jerry Maguire, Almost Famous), as well as a look at the film featuring Yusuf/Cat Stevens, who composed and performed the songs for the movie.  The full list of bonus content follows:

In this essential cult-classic, Harold (Bud Cort) is a death-obsessed teen who falls for Maude (Oscar® winner* Ruth Gordon), a happy-go-lucky, eccentric 79-year-old. To a lilting Yusuf/Cat Stevens soundtrack, Maude teaches Harold a valuable lesson about making the most of his time on earth.

As with every title in the Paramount Presents line,HAROLD AND MAUDE is presented in collectible packaging featuring a foldout image of the film’s theatrical poster and an interior spread with key movie moments.

Posted by GenreOnline.net at 11:47 AM No comments:

I loved the first episode and how it perfectly captured the first section of the first book while incorporating other elements to add expediency to the situation. Jared Harris is Hari Seldon and Apple spared no expense whatsoever in creating what looks to be a quality adaptation of the Grand Master’s work. Do not miss it. #foundationtvseries #foundationappletv #jaredharris #markarivera #genreonline #iamkarmariver 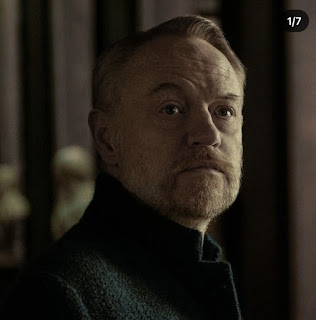 Posted by GenreOnline.net at 11:17 PM No comments: