Posted by GenreOnline.net at 7:48 AM No comments:

Ultraviolet is closing it's virtual doors.

The following is a general email I imagine everyone got and it says everything one needs to know clearly so check it out and if you did not get one, check your spam or junk mail boxes.

What does this mean for you?
What should you do now?

Some details may be updated, so visit myuv.com/faq often for the most current information and answers to frequently asked questions.

Thank you for making UltraViolet part of how you enjoy digital entertainment. Please do not hesitate to contact customer support at customercare@uvvu.com if you have additional questions.

Posted by GenreOnline.net at 7:39 AM No comments:

INDIANAPOLIS, IN -- Heartland Film Inc., the nonprofit organizer of the 28th Annual Heartland International Film Festival (October 10-20, 2019) and Academy Award®-qualifying Indy Shorts International Film Festival (July 25-28, 2019) has officially signed on to the 5050x2020 parity pledge. Both festivals will reach gender parity in both film lineups by 2020 but intends to beat that goal with parity across 2019 selections. Additionally, Heartland Film will make available statistics regarding the gender parity of its selection committees, submitting filmmakers, and selected filmmakers.

“Gender disparity in the film industry continues to be an important yet dismissed epidemic; it is easy to say the problem is bigger than one organization or person’s decision, but that is simply not true,” explained Heartland Film Director of Film Programming, Greg Sorvig. “Film festivals need to consider gender parity as a standard right alongside technical quality, story, and genre when rounding out its program. By committing to the 5050x2020 pledge and partnering with Alliance of Women Directors, Heartland Film is taking a stand for what is right. My hope is that our colleagues in the industry will join us and other top-tier film festivals around the world in making this change.”

In its 2018 programming, 4 out of 5 top Grand Prize winners--accounting for more than $70,000 in cash prizes and an Academy Award®-qualifying shorts category--were directed by women and more than 50 percent of jury members and screening committee members were female. In total, female-led productions accounted for 38 percent of the overall programming for both festivals and additional panel discussions were offered to draw attention to the cause.

“A common myth is that women aren’t making films or they’re not submitting to festivals,” said Heartland Film Film Programming Coordinator Julia Ricci. “That is far from the truth. The talent is out there and they have something to say; it is important for film festivals to amplify these voices and provide equal opportunity across the board. Heartland’s track record of recognizing and honoring female filmmakers is growing stronger each year, and I’m thrilled that we are officially committing to this initiative."

Beyond the 5050x2020 pledge, Heartland Film has formed an official partnership with the Alliance of Women Directors (AWD) based in Los Angeles. Heartland Film is the first organization to commit to the Dorothy Arzner Partnership, AWD’s top partner level which guarantees a programmed block of AWD films and complimentary submission waivers for all AWD members. Indy Shorts will feature a block of AWD member-directed short films this July.

"Alliance of Women Director's partnership with Heartland Film exemplifies the synergistic efforts between filmmakers and festivals that can lead to real change in the industry,” said AWD Founder and Chairperson Jennifer Warren. “We are thrilled that our members will have the opportunity to work with this outstanding organization which supports women filmmakers and understands that representation matters."

As a founding member of the Film Festival Alliance, a nonprofit networking organization that develops and fosters collaboration among mission-driven film festivals across North America, Heartland Film shares a growing commitment to gender parity:

“Film Festival Alliance represents more than 160 mission-driven festivals, who as a collective, are dedicated to equal representation within our organizations and the film festival industry as a whole,” said Executive Director Lela Meadow-Conner. "Throughout 2019 and beyond, we will be introducing additional resources for our membership, that advocate for greater accessibility to inclusive programming for both festivals and filmmakers; as well as addressing intersectionality initiatives as they obtain to organizational leadership. We are proud of our founding member Heartland Film for taking the important steps to prioritize parity within their film festival programming.”

Posted by GenreOnline.net at 4:35 PM No comments:

Posted by GenreOnline.net at 5:13 PM No comments:

WINNER OF THREE GOLDEN GLOBES® INCLUDING BEST PICTURE
AVAILABLE ON DIGITAL FEBRUARY 19, 2019
AND ON 4K ULTRA HD, BLU-RAY™AND DVD MARCH 12, 2019
FROM UNIVERSAL PICTURES HOME ENTERTAINMENT
“WONDERFULLY CHARMING” – JEFF SNEIDER, COLLIDER
Universal City, California, January 8, 2019 – Two men from different worlds form an unexpected friendship in the incredibly moving film Green Book, coming to Digital February 19, 2019 and 4K Ultra HD, Blu-ray™, DVD and On Demand March 12, 2019 from Universal Pictures Home Entertainment. With exceptional filmmaker lineage, Participant Media and DreamWorks Pictures’ Green Book is directed by Peter Farrelly (There’s Something About Mary, Shallow Hal), and stars 2019 Golden Globe® nominee Viggo Mortensen (The Lord of the Rings trilogy, Eastern Promises) and 2019 Golden Globe® winner Mahershala Ali (Moonlight, Hidden Figures) alongside Linda Cardellini (Brokeback Mountain, The Founder).  The critically acclaimed and “hugely entertaining” (Peter Travers, Rolling Stone) Green Book is the winner of three 2019 Golden Globe® awards including Best Motion Picture – Musical or Comedy, Best Actor in a Supporting Role for Mahersala Ali and Best Screenplay.
Academy Award® nominee for his roles in Captain Fantastic and Eastern Promises, Viggo Mortensen, and Academy Award® winner for Moonlight, Mahershala Ali, star in Green Book, a film inspired by a true friendship that transcended race, class, and the 1962 Mason-Dixon line. When Tony Lip (Mortensen), a bouncer from an Italian-American neighborhood in the Bronx, is hired to drive Dr. Don Shirley (Ali), a world-class Black pianist, on a concert tour from Manhattan to the Deep South, they must rely on The Green Book to guide them to the few establishments that were then safe for African-Americans. Confronted with racism, danger as well as unexpected humanity and humor—they are forced to set aside differences to survive and thrive on the journey of a lifetime.
Filled with acclaimed performers, Green Book on 4K Ultra HD, Blu-ray™ and DVD includes three featurettes that will give viewers a behind-the-scenes look at how the actors and filmmakers brought the characters to film and the true story that inspired it.
4K ULTRA HD, BLU-RAYTM, DVD & DIGITAL BONUS FEATURES:
Green Book will be available on 4K Ultra HD in a combo pack which includes 4K Ultra HD Blu-rayTM, Blu-rayTM and Digital. The 4K Ultra HD disc will include the same bonus features as the Blu-rayTMversion, all in stunning 4K resolution.
Posted by GenreOnline.net at 5:06 PM No comments:

Posted by GenreOnline.net at 2:59 PM No comments:

MEDIA ALERT: The Who Launch Pop Up Magic Buses in NYC for 'Moving On!' Tour

Next Week On Syfy.

WEDNESDAY, JANUARY 30
THE MAGICIANS “LOST, FOUND, ....ED” – 9/8c
Dean Fogg gets a new suit.
DEADLY CLASS “SNAKE PIT” – 10/9c
Marcus navigates a prank war between the Rats and Legacies, as everyone prepares for the big dance.
FRIDAY, FEBRUARY 1
LIFE OF PI –Friday, February 1 at 10p/9pc
Posted by GenreOnline.net at 3:37 PM No comments:

Posted by GenreOnline.net at 3:34 PM No comments: 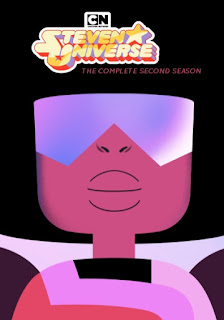 Posted by GenreOnline.net at 3:28 PM No comments:

Posted by GenreOnline.net at 3:20 PM No comments:

Next Week On SYFY

SEASON PREMIERE OF SYFY’S ‘THE MAGICIANS’ – 1/23
ALL-NEW EPISODE OF ‘DEADLY CLASS’ – 1/23
MONDAY, JANUARY 21
“MONSTER MASH MARATHON” – 8:30am-8:00pm
WEDNESDAY, JANUARY 23
THE MAGICIANS “A FLOCK OF LOST BIRDS” SEASON PREMIERE – 9/8c
Brian takes a friend out for ice cream. Sam is one week away from retirement.
DEADLY CLASS “NOISE, NOISE, NOISE” – 10/9c
The men and women go on their first dates with the singles.
FRIDAY, JANUARY 25
EVERLY –Friday, January 25 at 10p/9pc
SATURDAY, JANUARY 26
OLYMPUS HAS FALLEN –Saturday, January 26 at 9p/8pc
Posted by GenreOnline.net at 8:17 AM No comments: 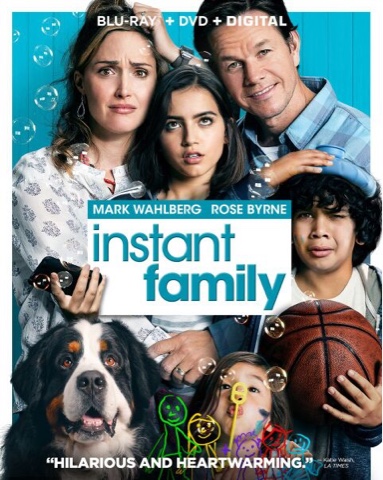 Posted by GenreOnline.net at 6:05 PM No comments: