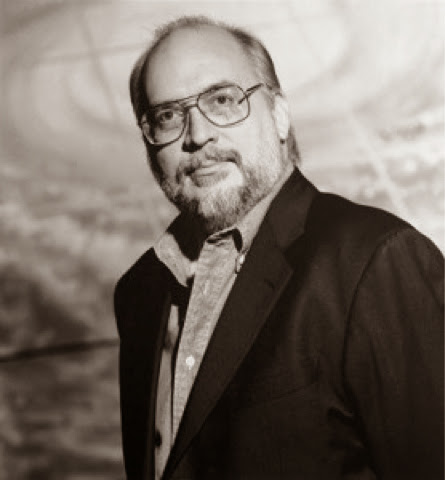 If you love sci-fi and science fiction then you know who J. Michael Straczynski is. He created the original sci-fi novel for television known as Babylon 5. He is a HUGO Award winning Writer and he is one of the best screenwriters in Hollywood. There is much people take for granted today that Straczynski was the first to really pioneer on network television, such as serialization of dramas and even sitcoms are for a large part indirectly or directly related to his work. Remember when TV shows were mostly one off episodes featuring the same characters with little to no continuity at times? Well JMS, as he is sometimes referred to as, was a guy who helped changed that. I could go on about his achievements, but that is not what I am here for. On the Facebook page, Fans of J. Michael Straczynski, there is a long essay that I cannot be certain if he wrote himself or if a fan wrote it because fans of implies fans and not necessary a page he administers personally. What he wrote is a sentiment I think many will find upsetting and that may be a good thing. Honestly, I do not know if he wrote this so until that is verified, take it with a grain of salt, but be sure to read this through. I think George Carlin touched upon the same discord in his later standup.

THE RULES OF THE NEW ARISTOCRACY

It doesn’t matter how much an education costs, doesn’t matter if your kids can’t afford to go to college or come out with massive debt, we will always be able to send our kids to university. And because a lot of our income is derived from tax incentives and taxpayer-financed bailouts your taxes are sending our kids to school. But you do not have the right to any of our money to send your kid to school.

If you or your kids want to start a business, you will find that because we’ve sucked all the money out of the economy, there is simply no available cash around to help you finance your startup. (Unless you want to go to your friends online at sites like Indiegogo, and isn’t that just cute?) We just cut our kids a check and tell them to go have fun.

If you accidentally provide incorrect information on your tax return, you could lose your house, your possessions, and your livelihood. We lie all the time on our tax information and none of us ever have to deal with this. We squirrel away trillions of dollars in overseas accounts and do all we can to ensure that your money never leaves our control because we'll doubtless need to scoop out more of it soon.

You live in a Company Town; we pay you to work for us, while making sure that we own all the stores in town that sell our goods, the doctors offices where you go in town, the restaurants where you eat, and that we charge you just enough to make sure that at the end of the week you don’t have any leftover money to squirrel away, so you can never leave the company town, can never get ahead, and can never risk criticizing the company town. You work for us. We own the town where you live. We own you.

If one of you takes a hundred dollar bill from the cash register, you will go to jail. If we take billions out of the savings of ordinary people then crash the economy, costing thousands of jobs, not one of us will ever be prosecuted. Because the New Aristocracy is above such things. So we’ll just keep on doing it. Enjoy the ride.

Your local police belong to us now. We have militarized them into soldiers who treat you like terrorists. If you speak against us, we will ensure that you are tear gassed and beaten and handcuffed and caged into “free speech zones” designed to make you forget that the whole country was supposed to be a free speech zone. But now you have free speech only when and where we say you can have it. Meanwhile, we can say and do pretty much anything we want, to you or anyone else, and get away with it.

If you happen to figure out our game and talk about it, we will accuse you of Class Warfare, in order to distract anyone from realizing that yes, there was a class war, that it was against you, that the war is over, and we won.

Yes, you get a chance to vote for congresspeople and senators and presidents. But only after we’ve decided, long before the first ballot is ever cast, which candidate we will finance. Those we like, those who will give us what we want first and foremost, we will finance and you will get to vote on one of the two pre-screened candidates we have given you. If we don’t like them, if we think they will challenge us, we will not finance them and you will never have the chance to vote on them. Because you don’t get a real vote in the New Aristocracy.

We own the White House. We own Congress. They pass the bills we write for them. They make the laws we want them to make, and make sure that they only limit you, never us. We own the courts. We own the lawyers. They are the club we use to beat you into submission.

There are no Democratic or Republican Senators, or Congresspeople or Presidents. Those parties have not existed for decades. There is only the Party of the New Aristocracy. The rest is Kabuki theater. It is Mexican Wrestling. It is the illusion of choice, of difference, of democracy. This is not a democracy. It is a monarchy of money. In that monarchy, we are the Aristocracy, the royalty, and what we say, goes.

If you dump trash illegally, you will be fined and potentially arrested. If we dump hundreds of tons of toxic waste into rivers and streams, none of us will ever be arrested and if we are fined, we will simply raise our prices so that you are the one to actually pay for what we did.

We are the New Aristocracy, and we do not pay fines.

We are the New Aristocracy, and we are immune from prosecution.

We are the New Aristocracy, and we find your poverty and your powerlessness and your struggles disgusting. You are beneath us.

Understand something: we don’t want you to succeed. We don’t want someone coming along to slice the pie into smaller pieces. We want to own all of it. If we really wanted more of you where we are, do you think we would have spent the last thirty years consolidating every major company into smaller and smaller groups owned by fewer and fewer people?

We are the New Aristocracy because we were born into it. We got our money the old fashioned, Medieval way: our parents gave it to us. We were born into the wealth that we stole from you and your family over the last fifty years. You were not born into anything other than poverty and struggle. You will never be us. You will never have our advantages. And we like it that way.

We like that you peer through the bars of your cage to all that we have. We like that you think you can have it yourself one day. Because that illusion keeps you on our side. But you will never have those things. We’ve made sure of that. Because what you’re looking at is ours, and we do not share.

The world we have carefully constructed for you is like one of those boardwalk games of chance where if you knock down the big pins with a baseball, you win a huge prize. But the pins are weighted and positioned so that you will never, ever knock them down. Yet you’ll keep paying anyway, and keep throwing, until you exhaust yourself and your wallet. And we like it that way.

Because you’re not in our club.

Because we are the New Aristocracy.

And you are the New Peasants.