My Best Fiend On Fandor. 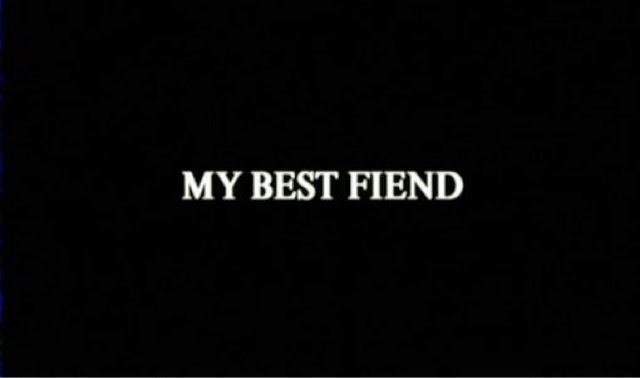 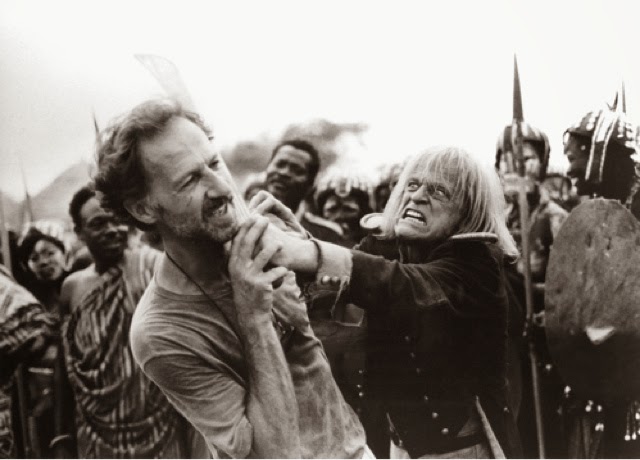 As a part of Fandor's festival celebrating the films of acclaimed Filmmaker Werner Herzog is the 1999 documentary My Best Fiend, which is at it's core a loving salute to one of the most controversial international movie star actors of the twentieth century, Klaus Kinski. Kinski starred in approximately 140 or more films throughout his long career. He worked with the likes of David Lean and Sergio Leone. However one of the most volatile, but ultimately successful collaborative efforts were the five feature films Writer and Director Werner Herzog had with Klaus Kinski over fifteen years.
Herzog had known Kinski since Herzog was about fifteen years of age and Kinski was taken in by his family and given his own room and stayed there rent free for a time and it is those recollections that form the bond that would unite Herzog and Kinski as two mavericks making epic motion pictures that pushed both men to their limit, but ultimately garnered the best in each other even if they had to go through the worst experiences first. The documentary shows lots of behind-the-scenes footage of Kinski exploding into tantrums and rage that are at times kind of funny, but then when one considers the reality of these productions and what was hanging over both artists' heads, it is a miracle they were able to collaborate so successfully at all. What is most interesting though is not the accounts of Kinski's epic tantrums, but the other side of the man, who I think used his madness and genius to make himself unknowable or enigmatic for generations of cinema enthusiasts to follow much like the mystique of Stanley Kubrick as an obsessive and perfectionist filmmaker added to what one could essentially call a mythology that makes artists into cults of personality even long after they are dead.
Images of the gentler side of Kinski, particularly footage in the amazon with a butterfly I think even leaves Mr. Herzog with both great love for a departed brother and bewilderment too. For just as the viewers who watch this documentary may ask whether or not we will ever understand Klaus Kinki? In Herzog's case, I think the question is did he ever truly know the man? As well as whether these questions are exactly what Klaus Kinski wanted?
My Best Fiend is available to stream now exclusively for subscribers on Fandor. For a complete listing of other Herzog films on Fandor and their premiere dates, please click on the link below. Thank you.
http://genreonlinenet.blogspot.com/2014/05/werner-herzog-incredible-film-library.html?m=1
Posted by GenreOnline.net at 3:57 PM