With Memorial Day Marathon of Season 3 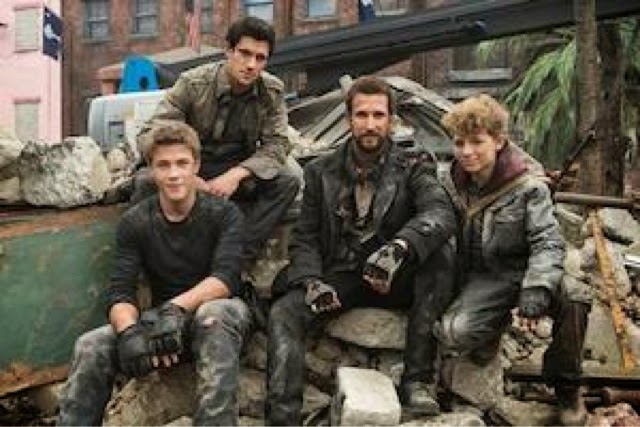 Since premiering as the #1 new series of 2011,Falling Skies has ranked as one of basic cable's Top 10 original dramas among key adult demos for each of the past three years.Executive-produced by Spielberg and Amblin Television heads Justin Falvey and Darryl Frank, along with David Eick and Greg Beeman, season four of Falling Skies is set to premiere Sunday, June 22, at 10 p.m. (ET/PT), following the launch of TNT's all-new drama The Last Ship.

In Falling Skies, Wyle stars as Tom Mason, a college professor who became an unlikely resistance leader following a massive invasion by an alien race known as the Espheni. Bloodgood is Dr. Ann Glass, a pediatrician who became the survivors’ primary physician and recently gave birth to a daughter who, it turns out, is not entirely human. Patton is Colonel Weaver, the gruff and emotionally scarred commander of the 2nd Mass who has been leading the battle against the invaders.

A complete schedule of TNT's Memorial DayFalling Skies marathon is included below.

10 a.m. – "On Thin Ice" – Season three ofFalling Skies opens seven months after the 2nd Mass arrived in Charleston. In the interim, Tom has been elected to political office, but he has his hands full as the resistance continues to battle the alien invaders. Tom's decision to have the rebel skitters fight alongside humans creates tension and raises suspicions that someone may be feeding secrets to the enemy. Meanwhile, Hal struggles with nightmares that seem so real, he has difficulty knowing if he's awake or dreaming. And Tom and Anne prepare to welcome their baby. Terry O'Quinn and Gloria Reuben guest star. (TV-14-LV)

11 a.m. – "Collateral Damage" – With hostilities escalating between the resistance and the alien invaders, Tom calls on a nuclear specialist (guest star Robert Sean Leonard) known as "The Rat King" to come up with a plan that will strip the aliens of their power. As suspicion continues to mount about a mole within the resistance, Tom and his leaders make a drastic decision that jeopardizes trust among the group. Anne, meanwhile, has a feeling that all is not right with her newborn. Gloria Reuben also guest stars. (TV-14-LV) 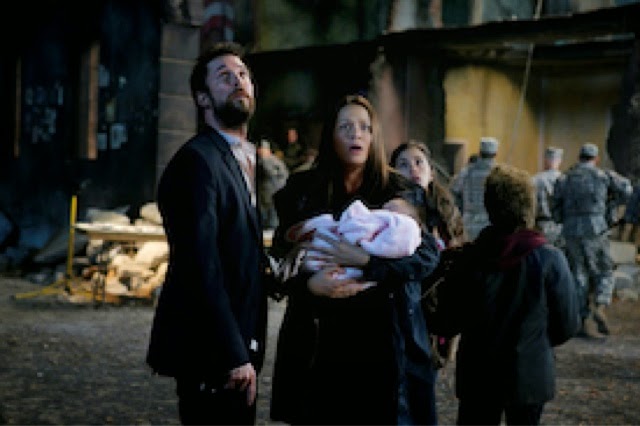 Noon – "Badlands" – The two-year anniversary of the alien invasion is fast approaching as the people of Charleston prepare for another potentially devastating offensive. A sniper attack by an unlikely gunman creates questions and doubts within the new government. Hal believes he knows the identity of the mole. And Anne's concern for her baby continues to grow. Gloria Reuben guest stars. (TV-14-LV)

1 p.m. – "At All Costs" – After the people of Charleston defeat another alien attack with the help of new advanced weaponry, Tom is invited to meet with a powerful leader (guest star Stephen Collins). While Hal wrestles with an invasive evil, Ben struggles with his identity and the notion of being human again. And Anne uncovers startling new information that puts everyone in jeopardy. Robert Sean Leonard guest stars. (TV-14-LV)

2 p.m. – "Search and Recover" – When a mission goes terribly awry, Tom and Pope must rely on each other to survive. Meanwhile, Weaver and company search desperately for two members of the 2nd Mass who have gone missing. And Marina (guest star Gloria Reuben) takes matters into her own hands in Charleston, disregarding Tom's authority. Robert Sean Leonard guest stars. (TV-14-LV)

3 p.m. – "Be Silent and Come Out" – Hal finally reveals his internal struggle to everyone, and it doesn't bode well for the Masons. Lourdes experiments with a risky new medical procedure. And Charleston's government sees a massive shift in leadership when a group breaks away on a search and rescue mission. Gloria Reuben guest stars. (TV-14-LV) 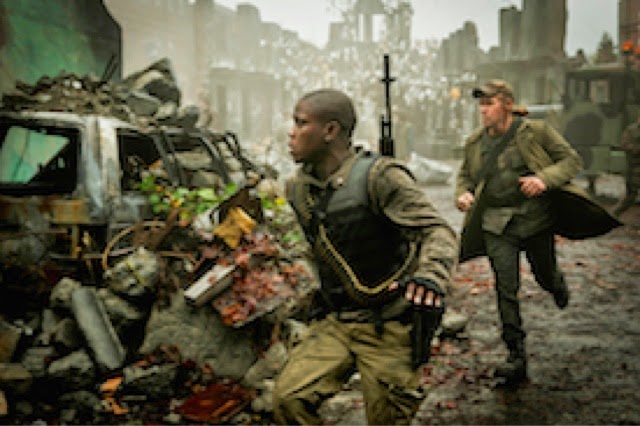 "The Pickett Line" – The Masons run into trouble on the road when a family of outlaws intercepts their search-and-rescue mission. Meanwhile, looming doubts over the construction of a massive alien weapon ignite a conflict of interests. And an investigation to apprehend a killer on the loose hits a road block. Gloria Reuben guest stars. (TV-14-LV)

5 p.m. – "Strange Brew" – Things seem much too calm for Tom, making him suspicious of his surroundings. On his way back to Charleston, he makes a number of discoveries, some incredibly surprising and others utterly horrifying. Meanwhile, Weaver and Pope butt heads over how to handle the suspected mole. Gloria Reuben guest stars. (TV-14-LV)

6 p.m. – "Journey to Xibalba" – Tom uncovers confidential intelligence about the heart of the alien operation. Meanwhile, Charleston prepares to mount an offensive against the Espheni, but a massive explosion brings the operation to a halt. And the identity of the mole is finally uncovered, but not before more blood has been shed. Robert Sean Leonard and Gloria Reuben guest star. (TV-PG-LV)

7 p.m. – "Brazil" – When the 2nd mass destroys a crucial Espheni base, a relentless enemy is taken down, and the Mason family is reunited with those who had been lost. But the arrival of more interstellar players puts the fate of the Earth's remaining survivors in doubt. Robert Sean Leonard guest stars. (TV-14-LV)