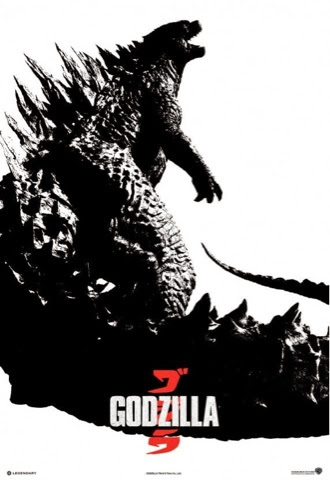 YouTube Space LA, Warner Bros. Pictures and Legendary Entertainment  have teamed up to bring Godzilla crashing onto the biggest video sharing platform in the world. Legendary is collaborating with YouTube’s top talent to create original videos celebrating the return of the iconic King of the Monsters to theatres everywhere this summer. Original set pieces, costumes, props and exclusive film assets have become an epic backdrop at YouTube Space LA, allowing for uncensored use by content creators in this innovative partnership.

The “Godzilla Invades YouTube”  program is offered by YouTube Next Lab, the programming arm of YouTube Space LA, to inspire the next generation of storytellers through innovative programming and partnerships that push the creative envelope. This initiative marks the first time a studio has recreated a film set at YouTube Space LA.

From April 16 – May 8, 2014, YouTube creators wrote, shot and edited videos inspired by the upcoming motion picture Godzilla,which will appear on the official Legendary YouTube channel, as well as on their own channels, and will be promoted on the Godzilla and Warner Bros. Pictures social media pages. Videos are slated to go live between May 8 and the film’s theatrical release on May 16, 2014.

From special collaborations to throwbacks to the original kaiju movies, here’s a sneak peek from Nerdist News and Jessica Chabot on what’s coming up from the “Godzilla Invades YouTube” program at:

CineFix (44 million views; 513,000 subscribers): A destination for true movie buffs and filmmakers that offers original programming, in-depth interviews with new and established filmmakers and actors, and unique rants, raves and reviews about the world of filmed entertainment.

The Fu Music (5.6 million views; 93,000 subscribers):  Where you will find original and cover songs paired with creative videos, such as stop motion and more from Jacob & Josh (aka The Fu).

Goldentusk  (49 million views; 53,000 subscribers): Puts words to music and laughs on silence. This is his private collection that only YOU can see with funny sketches and musical parodies.

MadAtoms (5 million views; 30, 000 subscribers): Comedy For People (Who Have Internet).

Comedian Hannah Hart interviews Godzilla about his parents in a therapy session.

Nerdist (297 million views; 2 million subscribers): Founded by Chris Hardwick, video entertainment for all of your nerdy passions and a whole lot of funny.

The Platform (23 million views; 363,000 subscribers): A community of passionate content creators who share a love of beauty, fashion, and self expression.

The Second City Network (68 million views; 161,000 subscribers): Funny video sketches and series from The Second City, the famous Chicago, Toronto and Hollywood based comedy theatre and school of improv.

The “Godzilla Invades YouTube” playlist is available with updates daily at:

Posted by GenreOnline.net at 8:39 PM