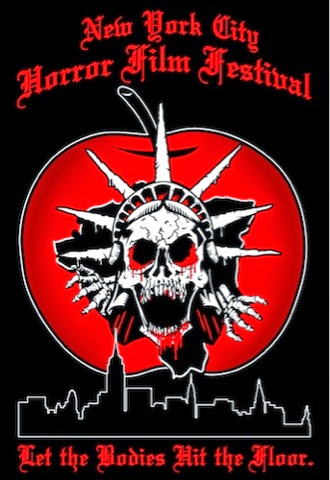 New York, NY, May 27, 2013 – Now in its 12th year the spectacular
New York City Horror Film Festival, giving a platform to new
and independent international horror film, returns for another
grand weekend, November 13–16 on the twin screens of the
Tribeca Cinemas, at 54 Varick Street, just south of Canal street.

The festival opens Thursday, Nov. 13 at 7 pm with a gala opening-night premiere film announced in October. The 2014 Michael J. Hein Award for Personal Achievement in Acting will be given to a very special guest on Saturday, Nov. 15. and we'll be announcing our Lifetime Achievement this Award recipient  October as well.

Michael J. Hein created the New York City Horror Film Festival in 2002 to offer a needed platform for the independent filmmakers of modern horror films and continued his work until his untimely passing in 2012. Now helmed by his mother Ronnie Hein, the New York City Horror Film Festival continues Michael’s legacy, bringing revered filmmakers, newcomers, and short film makers together for a long weekend of camaraderie, thrills, and chills.

Posted by GenreOnline.net at 9:57 AM