Season Six Of The Next Generation & Chain Of Command Arrive On Blu-ray Disc June 24, 2014 From CBS Paramount Home Entertainment. 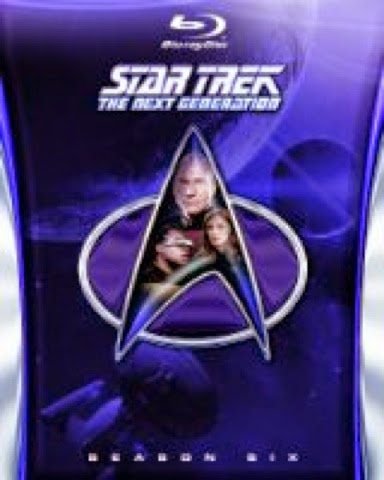 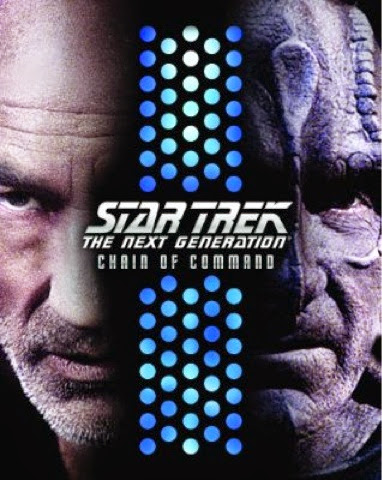 The newest high-definition collections of the iconic sci-fi series, STAR TREK: THE NEXT GENERATION® – THE SIXTH SEASON BLU-RAY andSTAR TREK: THE NEXT GENERATION® – CHAIN OF COMMAND BLU-RAY arrive June 24from CBS Home Entertainment and Paramount Home Media Distribution. Both collections feature a trove of newly produced material that unlock secrets to the Star Trek® universe, including a special three-part documentary on the sixth season and a never-before-released gag reel.

STAR TREK: THE NEXT GENERATION – THE SIXTH SEASON

STAR TREK: THE NEXT GENERATION – THE SIXTH SEASON BLU-RAY includes all 26 episodes of the penultimate season, remastered into spectacular high-definition. Fans can dive into the sixth season of the series with a brand new, three-part documentary “Beyond the Five Year Mission – The Evolution ofStar Trek: The Next Generation” featuring fascinating interviews with cast and crew. Plus, fans will enjoy never-before-released commentary on select episodes from Ronald D. Moore, James L. Conway, Jonathan West, and Mike and Denise Okuda, along with a must-see gag reel.

The sixth season collection includes classic episodes such as Brent Spiner’s dual performance as Data and his father Dr. Noonien Soong in “Birthright,” the critically acclaimed two-part episode “Chain of Command,” Riker (Jonathan Frakes) coping with a bizarre identity crisis that pits him quite literally against himself in “Second Chances,” and James Doohan reprising his Original Series role as Chief Engineer Montgomery Scott in “Relics.”

STAR TREK: THE NEXT GENERATION – CHAIN OF COMMAND

STAR TREK: THE NEXT GENERATION – CHAIN OF COMMAND BLU-RAY is a feature-length presentation of the two-part sixth season episode. As a possible Cardassian attack looms, Captain Picard, Dr. Crusher and Worf embark on a secret mission to find and destroy suspected biological weapons, leaving the Enterpriseunder the leadership of the cold and demanding Captain Edward Jellico (Ronny Cox). Soon after, Picard is captured by the Cardassians and is brutally tortured for information. The crew’s dismay quickly turns to anger as Jellico’s plans exclude a rescue mission. With his options running out, Picard must fight to save his sanity and ultimately his life.

Ranked by Entertainment Weekly as one of the best episodes of Star Trek: The Next Generation, “Chain of Command” is also lauded for its “eerily prescient” (Slate) depictions of torture. Along with exclusive audio commentary with Ronny Cox, Jonathan West and Mike and Denise Okuda, the Blu-ray also features the newly-produced documentary “The Privilege of Rank: Making ‘Chain of Command.’”

STAR TREK: THE NEXT GENERATION – THE SIXTH SEASON BLU-RAY will be available in 1080p with English 7.1 DTS-HD Master Audio, English Stereo Surround, French Stereo Surround, German Stereo Surround, Castilian Mono, Italian Mono, and Japanese Mono.  The six-disc collection also includes English SDH, and French, German, Castilian, Italian, Japanese, Danish, Dutch, Finnish, Norwegian and Swedish subtitles.  The Blu-ray is Not Rated in the U.S. and rated PG in Canada.  It will be available for the suggested retail price of $130.00 U.S. and $150.00 Canada.  The disc breakdown is as follows:

o   Ship in a Bottle

o   Face of the Enemy

o   Part One: The Lithosphere