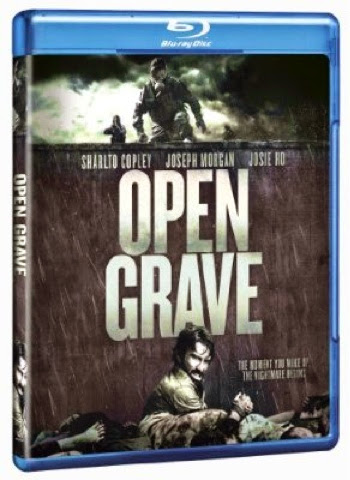 Arrives On Blu-ray and DVD July 15

A complicated story that pits characters against each other, Open Grave examines how important memory is to a person’s identity by forcing six strangers—stripped of all recollection—to confront their inner demons. While these strangers seek to identify their past, evil demons lurk beneath them, forcing them to fight for survival, even if it means betraying their allies.

SYNOPSIS
A man wakes up in a pit of dead bodies with no memory of who he is or how he got there. Fleeing the scene, he breaks into a nearby house and is met at gunpoint by a group of terrified strangers, all suffering from memory loss. Suspicion gives away to violence as the group starts to piece together clues about their identities, but when they uncover a threat that’s more vicious and hungry than each other, they are forced to figure out what brought them all together—before it’s too late.

Posted by GenreOnline.net at 10:20 AM