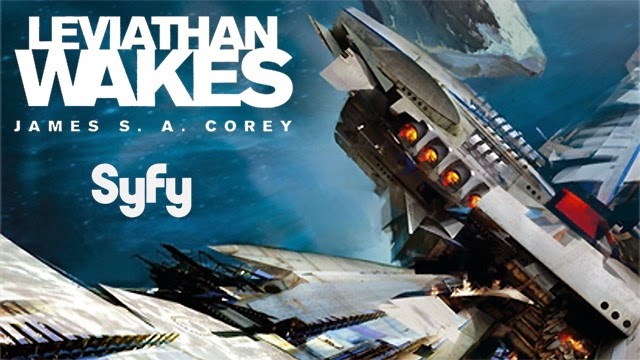 NEW YORK – July 14, 2014 – Syfy and Alcon TV today announced that three-time Golden Globe nominee Thomas Jane (Hung, The Punisher) will star as the world-weary Detective Miller, a native of “the Asteroid Belt” between Mars and Jupiter, in The Expanse, the new 10-episode space opera based on the international best-selling book series, premiering on Syfy in 2015.

Miller portrays a detective for a corporate security force operating as the law in The Belt. Ragged, in search of something even he can’t identify, Miller remains a dedicated cop with great instincts who discovers a newfound sense of purpose when he’s put in charge of the investigation into a missing heiress.

Jane received three Golden Globe nominations for Best Performance by an Actor in a Television Series - Musical or Comedy for Hung. Jane is the lead of three studio movies being released this year: The Veil for Universal Pictures and Blumhouse, Somnia for Relativity Media, and Vice for Lionsgate and Emmett/Furla/Oasis.  He also stars in the History mini-series Texas Rising, which is currently in production

Jane is represented by Paradigm and Jamie Afifi at Ziffren Brittenham

The Expanse is a thriller set two hundred years in the future. The series follows the case of a missing young woman who brings a hardened detective (Jane) and a rogue ship’s captain together in a race across the solar system to expose the greatest conspiracy in human history.

In making the announcement, Bill McGoldrick, Executive Vice President, Original Content, Syfy, said: “Thomas Jane is exactly the type of high caliber actor we hoped this project would attract. The intelligence and nuance he brings to every performance is perfect for the role of Miller.”

Said Sharon Hall, President, Alcon Television: “We knew this material would attract highly skilled actors and could not be happier about having Thomas Jane on board.”

The Expanse is produced by Alcon Television Group (ATG), a division of Alcon Entertainment, and marks the company’s first series order.

Jane is represented by Paradigm.