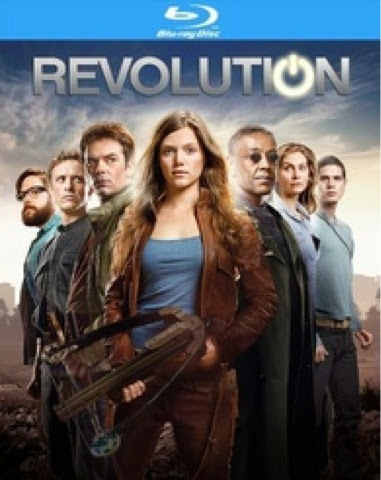 FEEL THE POWER AS

Includes All 22 Episodes Plus Over 90 minutes of Special Features!

BURBANK, CA (July 8, 2014) – Fans of the post-apocalyptic action drama Revolutionwill be “powered up” to own the sophomore season of this compelling series, when Warner Bros. Home Entertainment (WBHE) releases Revolution: The Complete Second Season on DVD, Blu-rayTM Combo Pack and Digital HD UltraVioletTM on August 19, 2014. In its second season, Revolution ranked as the #1 returning drama on NBC with Men 18-49 and averaged more than 7.2 million Weekly Viewers. Revolution: The Complete Second Season includes all 22 action-packed episodes from Season Two, and is available to own for $59.98 / $69.97 SRP.  The release also contains multiple special features including two featurettes, a gag reel and deleted scenes.

In this epic adventure thriller, a family struggles to survive in a world where all technology – computers, planes, cars, phones, lights – has suddenly and mysteriously blacked out.  What’s left is a post-apocalyptic landscape inhabited by ruthless paramilitary groups and heroic freedom fighters.  Charlie Matheson, a fiercely determined young woman who lost family members in the blackout’s tragic aftermath, manages to form a new family and find a new purpose amidst the chaos. Season Two of Revolution follows Charlie and a rogue band of survivors—including her secretive mother Rachel and formerly estranged uncle Miles, an ex-marine and militia leader—as they continue their heroic mission to return the power to the people and ultimately reestablish the United States of America.

“Revolution has captured the attention of an amazing fan base.  The unnerving suspense, action, and dramatic storylines have gripped the audience since the very beginning,” said Rosemary Markson, Warner Bros. HomeEntertainment Senior Vice President, TV and Special Interest Marketing.  “We are thrilled to release Revolution: The Complete Second Season on Blu-rayTM Combo Pack and DVD. With this release, fans will be able to dive even deeper into the edge-of-your-seat excitement of the epic adventure’s dramatic second season.”

Posted by GenreOnline.net at 1:28 PM