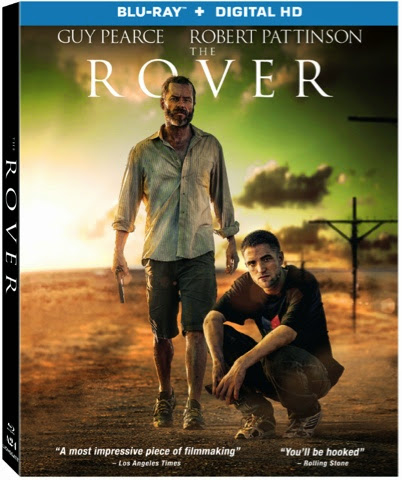 Set in a world 10 years into the general collapse of society, The Rover follows hardened loner Eric (Pearce) as he travels the desolate towns and roads of the outback. When a gang of thieves steals his car, they leave behind a wounded Rey (Pattinson). Forcing Rey to help track the gang, Eric will go to any lengths to take back the one thing that still matters to him.

The Rover Blu-ray Disc and DVD include a "making of" featurette and will be available for the suggested retail price of $24.99 and $19.98, respectively.

Rating: R for language and some bloody violence