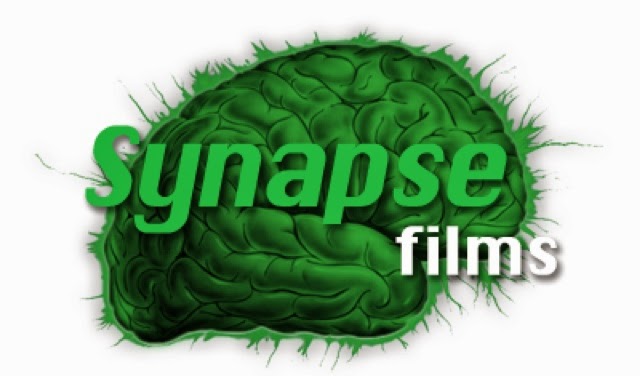 SOME WILL BE CROWNED.
OTHERS WILL LOSE THEIR HEADS.

PROM NIGHT
SLASHING YOUR WAY ON BLU-RAY AND DVDSEPTEMBER 9! 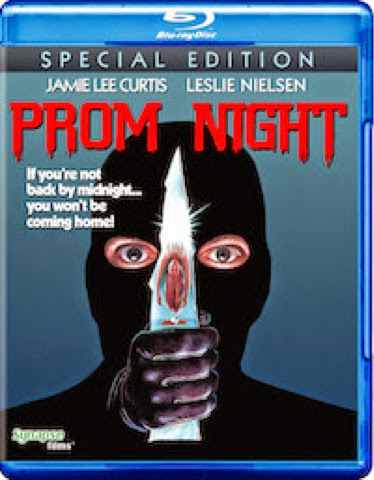 GET YOUR TUXEDOS ON!

Four Hamilton High seniors are hiding a terrible secret. What happened to Robin Hammond six years ago was a game that turned into a horrible tragedy, and someone saw what they did… someone waiting for gruesome revenge! Wearing a black hood and wielding an axe, a killer brutally slaughters the teenagers one by one at their high school prom.  As the spotlight falls on the newly crowned prom king and queen, the psychopath will show everyone his new favorite game to play…

Are you ready for a bloody night of
“Disco Madness”? Synapse Films is proud to present PROM NIGHT in a beautiful new version, remastered and restored in 2K from the original 35mm camera negative with an all-new 5.1 surround mix. 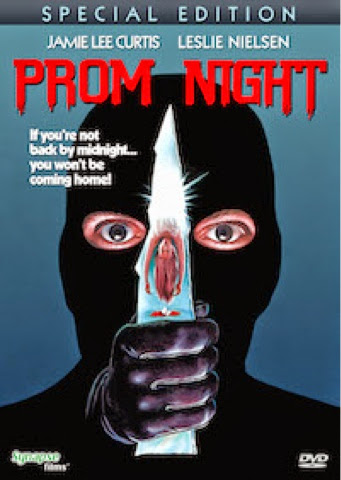