Debuting Theatrically at The Film Society of Lincoln Center 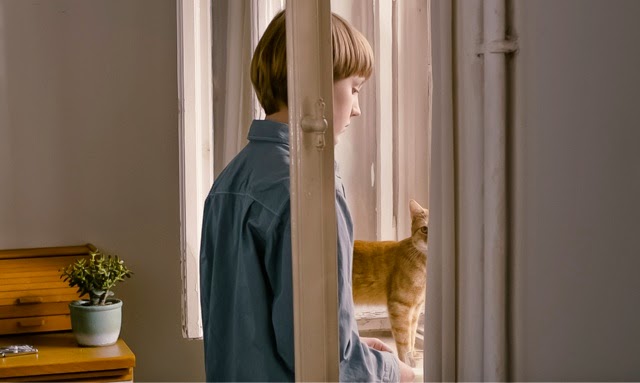 Check Out the Trailer HERE

"The domestic environment in the movie, with its hyperactive children and pets, short-circuited cross-talk and roaring kitchen appliances, is at once highly choreographed and buzzing with life; everyday actions and conversations take on a syncopated strangeness and a balletic grace."

Writer/director Ramon Zürcher explores the deeper meaning of the trivial in this droll narrative centered on a seemingly uneventful day in the life of a Berlin family. Siblings Karin and Simon return home to visit their parents and younger sister and to help prepare dinner for their extended family. Events unfold leisurely, but with plenty of underlying and unstated tensions inevitable in a flat overstuffed with a mother, father, children, grandmother and cat. The eponymous ginger feline offers consolation and possibly the film’s point of view.

Starting August 1st, THE STRANGE LITTLE CAT will have a theatrical run at The Film Society of Lincoln Center's Elinor Bunin Munroe Film Center (click HERE for more info). The film will be available to stream on Fandor starting August 1st.

​Available: On Fandor and Theatrically at the Film Society of Lincoln Center (NYC)on August 1st