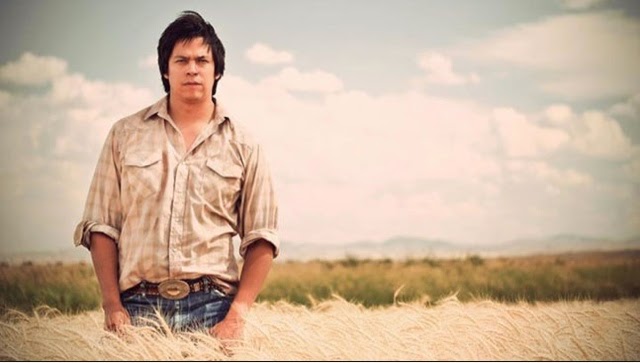 NEW YORK, NY (JULY 29, 2014) – Kino Lorber announced today that the company is acquiring North American rights to WINTER IN THE BLOOD, from directors Alex Smith and Andrew Smith (THE SLAUGHTER RULE).  The film, which is based on the landmark novel by James Welch, features Chaske Spencer (TWILIGHT SAGA), David Morse (THE HURT LOCKER, WORLD WAR Z), and Julia Jones (TWILIGHT SAGA). The film had its World Premiere in Narrative Competition at the Los Angeles Film Festival and has won several awards and played at over thirty film festivals. WINTER IN THE BLOOD will open theatrically at IFC Center, New Yorkon August 20th with filmmakers and key cast members in attendance. Los Angeles screenings and additional markets will follow in September.

WINTER IN THE BLOOD follows Virgil First Raise (Chaske Spencer) who wakes in a ditch on the Northern plains of Montana, hungover and badly beaten. He returns to his ranch on the reservation, only to find that his wife, Agnes, (Julia Jones) has left him. Worse, she's taken his beloved rifle. Virgil sets out to town find her, beginning a hi-line odyssey of inebriated and possibly imagined intrigues in town with the mysterious 'Airplane Man,' (David Morse) a beautiful barmaid (Dana Wheeler-Nicholson), and two dangerous Men in Suits. Are they real? Or spirits tricking him from his true path? Virgil's quest brings him face-to-face with childhood memories of his beloved, lost brother, Mose.

WINTER IN THE BLOOD authentically portrays the lost world of the “True West” with its sweeping shots of untouched prairie, remote towns, and mountain terrain. The film unfolds like a poem, capturing the novel’s dreamscape of memory, trauma, and motion with breathtaking cinematography and design.

“The novel Winter in the Blood is a true classic – unique, universal, timeless, and uncompromising,” said co-director Alex Smith, “It touches people in a profound, life-changing way because it is a story of survival and recovery. Our desire has always been to expose this unflinching, hilarious, ferocious story to a worldwide audience in the collective dream-house of cinema.”

WINTER IN THE BLOOD was shot entirely in Montana on locations closely associated with Welch and is adapted for film by Alex and Andrew Smith, who knew the author, and Ken White. This is the Smith brothers second film collaboration as writer/directors and second time working with David Morse, following 2002’s award-winning THE SLAUGHTER RULE, starring Ryan Gosling, Clea Duvall, and Amy Adams.

The deal for the film was negotiated by Susan Kirr, Alex Smith and Andrew Smith of Ranchwater Films and Elizabeth Sheldon, Senior Vice-President of Kino Lorber.

The IFC CENTER screenings will run fromAugust 20th – 28th. Filmmakers Alex and Andrew Smith, as well as lead actors Chaske Spencer, Julia Jones will be in attendance at the screenings on the 20th and 21st. For more info on the IFC CENTER go to: http://www.ifccenter.com.