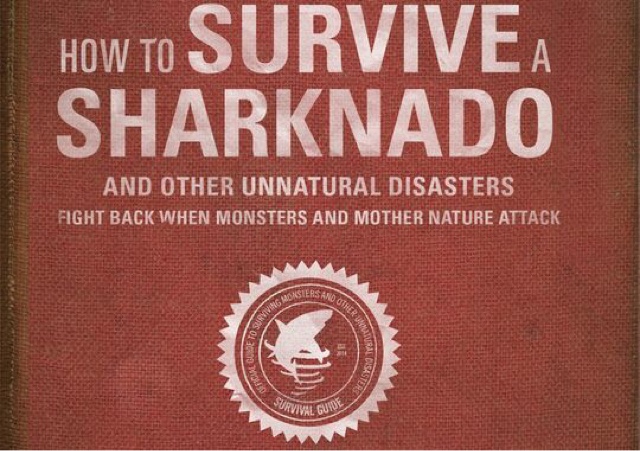 NEW YORK – July 23, 2015 – Proving its might as a global pop culture phenomenon, Syfy’sSharknado 3: Oh Hell No! chomped its way to two billion Twitter impressions – doubling the one billion impressions for 2014’s Sharknado 2: The Second One. Generating more Twitter activity than every episode of the final season of Mad Men, every episode of this season’s The Bachelor and Hillary Clinton’s presidential announcement, Sharknado 3 trended #1 in the United States and #2 worldwide.

Following this record-breaking social media performance, Syfy and The Asylum announced they have greenlit Sharknado 4, expected to make landfall in July 2016. After destroying Los Angeles, New York, Washington, D.C. and much of the Eastern Seaboard, where will the sharks strike next? And will April Wexler (Tara Reid) live or die? Fans can decide if April makes it to Sharknado 4 by voting #AprilLives OR #AprilDies on Twitter or by visiting http://Sharknado.Syfy.com.

Said Chris Regina, Senior Vice President, Program Strategy, Syfy: “Sharknado 3 may have devoured half of America’s celebrities, but there are still hungry fans and sharks to feed, so the adventure continues -- not in a galaxy far, far away, but on your television sets next July.”

·         Sharknado 3 was the most social program on television in Twitter activity on July 22, with Syfy’s Sharknado 1 and Sharknado 2: The Second One also ranked in the Top 5 programs.

·         The social campaign asking fans to decide if April (Tara Reid) makes it to Sharknado 4by voting #AprilLives OR #AprilDies on Twitter or by visiting Sharknado.Syfy.com has earned nearly 40K tweets since the conclusion of Sharknado 3 last night.

·         Among the influencers who joined the conversation and tweeted were Tyra Banks, William Shatner, Kevin Jonas, Wendy Williams, Alyson Hannigan, Grant Imahara, Daymond John, as well as NASA, American Red Cross, the Department of Defense, NASCAR, the NBA and the NHL.