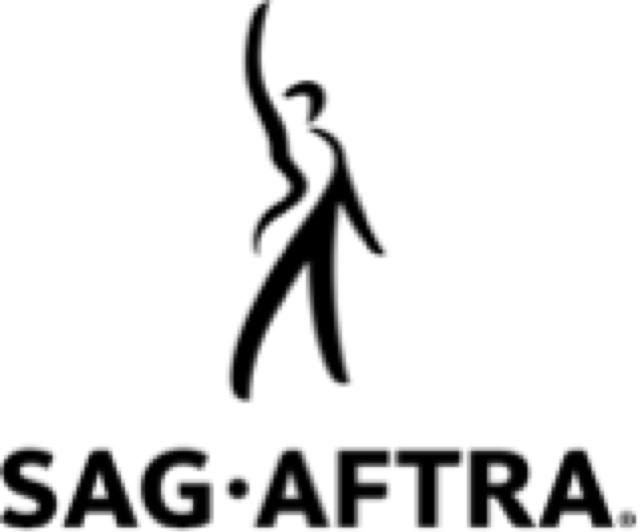 Carol Burnett to be Honored with 2015 SAG Life Achievement Award

52nd Annual Accolade to be Presented during the 22nd Annual Screen Actors Guild Awards®,
Simulcast Live on TNT and TBS on Saturday, Jan. 30, 2016

Carol Burnett – comedic trailblazer, actor, singer, dancer, producer and author – has been named the 52nd recipient of SAG-AFTRA's highest tribute: the SAG Life Achievement Award for career achievement and humanitarian accomplishment. Burnett will be presented the performers union's top accolade at the 22nd Annual Screen Actors Guild Awards®, which will be simulcast live on TNT and TBS on Saturday, Jan. 30, 2016 at 8 p.m. (ET), 7 p.m. (CT), 6 p.m. (MT) and 5 p.m. (PT). Given annually to an actor who fosters the "finest ideals of the acting profession," the SAG Life Achievement Award will join Burnett's exception al catal og of preeminent industry and public honors, which includes multiple Emmys®, a special Tony®, the Presidential Medal of Freedom and both a Kennedy Center Honor and its Mark Twain Prize for Humor.

In making today's announcement, SAG-AFTRA President Ken Howard said, "Carol Burnett is a creative dynamo and a comedic genius. She embodies the generosity and courage that the greatest actors use in creating enduring and memorable characters. From her heartbreakingly hilarious Starlet O'Hara to the adorably inept Eunice and alarmingly funny Miss Hannigan, Carol has delighted and inspired millions of viewers and thousands of comedic actors. She took risks as a performer and through her courage, encouraged fellow actors to try new things and always, always reach for the sky. Her innate love of actors led to the creation of an ensemble cast that made The Carol Burnett Show a masterpiece of variety programming."

The public and her peers treasure Carol Burnett for her comedic and dramatic roles on television, film, and Broadway, most notably The Carol Burnett Show. Named in 2007 by TIME magazine as one of "100 Best Television Shows of All Time," and by Variety in 2011 as one of "The 25 Shows That Changed Television," The Carol Burnett Show ran for 11 years, averaged 30 million viewers per week, and received 25 Emmy Awards, making it one of the most honored shows in television history.

An inductee into the Television Hall of Fame and the California Museum's Hall of Fame, Burnett's many accolades also include a Peabody Award, the Television Critics Association's Career Achievement Award, five Golden Globe Awards, five American Comedy Awards, 12 People's Choice Awards, an Ace Award, an Horatio Alger Award, both Crystal and Lucy Awards from Women in Film, the TV Land Legend Award, the Jimmy Stewart Museum's Harvey Award and a star on the Hollywood Walk of Fame. In 2013, the City of Los Angeles named the intersection of Highland Ave. and Selma directly adjacent to Hollywood High School, Burnett's alma mater, Carol Burnett Square.

Born in San Antonio, Texas, in 1933, Burnett, her mother, and grandmother moved to a less-than-glamorous section of Hollywood in the late 1930s. Raised in a small studio apartment by her grandmother, but with no financial means, Burnett could only dream of college. After receiving an anonymous donation of $50 to pay for her tuition to UCLA, she enrolled. While studying journalism, she took an acting class, and the rest is history.

After moving to New York City, Burnett staged a musical revue, featuring her out-of-work roommates from The Rehearsal Club, a theatrical boarding house, performing material by unemployed writers and composers. Soon, offers for summer stock and 13 weeks' work on Paul Winchell's television show followed. While performing at the Blue Angel nightclub, she was spotted by talent bookers from both The Jack Paar Show and The Ed Sullivan Show and was invited to perform her infamous rendition of "I Made a Fool of Myself Over John Foster Dulles," written by Ken Welch. Shortly thereafter, she landed the leading role of Princess Winifred in the original Broadway musical production of Once Upon a Mattress, which earned her a Tony® nomination . In 1959, after guest spots on Garry Moore's morning television show she became a permanent cast member on The Garry Moore Show, taping the show during the day and performing

During this period, Burnett met Julie Andrews and the two became close friends. After the duo appeared in their Emmy-winning special,Julie and Carol at Carnegie Hall, CBS took notice of this emerging new talent and signed her to a ten-year contract. On September 11, 1967, The Carol Burnett Show premiered on CBS. With a talented ensemble featuring Harvey Korman, Tim Conway, Vicki Lawrence, and Lyle Waggoner, costumes by Bob Mackie and musical sketches by Buz Kohan, Bill Angelos, Artie Malvin, and Ken and Mitzie Welch, the show became a hit. Guest stars included many of the greatest performers from music, stage and screen including Lucille Ball, Lana Turner, Rita Hayworth, Jimmy Stewart, Gloria Swanson, Ronald Reagan, Betty White, Cher, Jim Nabors, Ella Fitzgerald, Ray Charles, Liza Minnelli, The Carpenters, Rock Hudson, Dick Van Dyke, Alan Alda, and many, many more. Her portrayal of "Starlet" O'Hara in "Went With The Wind," a parody of Gone With The Wind, is always counted among the top 10 greatest moments in television history. The Bob Mackie designed "curtain-rod" dress, as it is known, now resides at The Smithsonian. In 2012 Time Life released The Carol Burnett Show on DVD and set a record, selling more than 4 million DVDs in six months.

After the show concluded in 1978, Burnett immersed herself in numerous projects. She wrote three New York Times bestsellers: Carrie and Me: A Mother-Daughter Love Story and This Time Together: Laughter and Reflection, which both received Grammy® nominations for best spoken word, and her autobiography, One More Time. She added playwright to her credits when she and her daughter, Carrie Hamilton, wrote Hollywood Arms. Sadly, Carrie passed away four months prior to the play's premiere at the Chicago Goodman Theatre in April 2002. Directed by Hal Prince, Hollywood Arms premiered on Broadway on October 31, 2002. An anniversary concert reading of Hollywood Arms will be performed on September 21, 2015 at the Kaufman Music Center in New York (under the auspices of the Sundance Institute Theatre Program) directed by Mark Brokaw and starring Tyne Daly, Emily Skeggs, Sydney Lucas and Michele Pawk.

Burnett's film credits include playing Miss Hannigan in the film version of the musical, Annie, directed by John Huston; Noises Off, directed by Peter Bogdanovich; A Wedding, directed by Robert Altman; and Four Seasons, directed by Alan Alda. On Broadway she recently starred in A.R. Gurney's Love Letters (2014), opposite Brian Dennehy, Fade Out, Fade In, with book and lyrics by Betty Comden and Adolph Green with music by Jule Styne; Stephen Sondheim's musical review Putting It Together; and Ken Ludwig's farce Moon Over Buffalo,starring with Philip Bosco. She produced and starred in numerous television specials and guest starred on several television series, includingGlee, Hot in Cleveland, Hawaii 5-0 and Law and Order: SVU. She also starred in the television series Fresno andCarol & Co., as well as the highly acclaimed made-for-television movies Frie ndly Fire, Life of the Party: The Story of Beatrice. In 2005 she returned to her Once Upon a Mattress roots, appearing in a television special, this time playing the evil Queen Aggravain.

Currently, Burnett is focused on three major projects. The first is the long awaited release of the initial five seasons of The Carol Burnett Show . These "lost episodes" have never been seen nor distributed since their initial broadcast and will be for the first time combined with the already available episodes from Seasons 6 - 11. Rollout commences August 2015. On the filmed entertainment front, Burnett is in active development with CBS Films on a theatrical project originated by her late daughter, Carrie, entitled Sunrise in Memphis. In the publishing arena, Burnett is in the midst of writing her fourth book entitled In the Sandbox, which is a poignant love letter to the golden era of television while simultaneously dissecting the elements of what made The Carol Burnett Show the iconic success that it was. This publication is scheduled for release in November 2016.

When not performing or occasionally presenting her Q & A format "Laughter & Reflection," she enjoys spending time with her husband Brian, her two daughters Erin and Jody, her grandsons, and her cat, Nikki. As a passionate supporter of the arts and education, she established several scholarships around the country, including the Carol Burnett Musical Theatre Competition at her alma mater, UCLA, and the Carrie Hamilton Foundation, to honor her daughter's memory. She is a Lifetime Director of the Hereditary Disease Foundation Among the other arts, health and youth charities to which she lends her support are the Sundance Institute, Young Playwrights Inc., the Teddy Bear Cancer Foundation, Girls Inc. of Greater Santa Barbara and the Hereditary Disease Foundation for which she has been named a Lifetime Director