Thriller, Based on Gentosha Comic’s Manga Title, To Be Produced as a Feature for the International Marketplace 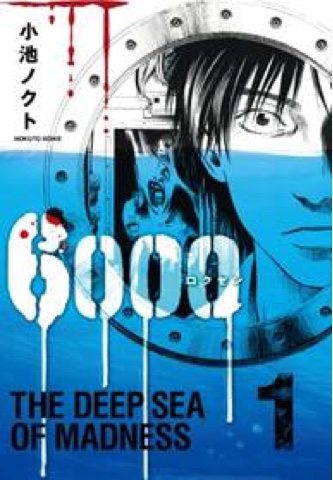 entertainment studio All Nippon Entertainment Works (ANEW) is partnering with Mike Medavoy to develop and produce the feature film, 6000.

This English-language film will be based on the acclaimed Japanese horror/thriller Manga series, “6000: Rokusen,” from Gentosha Comics, which is partnering on the project.

This is the first collaboration between ANEW, the international producer with a mandate to build a cultural bridge between Japan’s leading creative companies and prominent Hollywood filmmakers, such as Mike Medavoy, who is behind such hits as Black Swan, Shutter Island and soon to be released The 33. The ambitious project continues ANEW’s efforts to bring fresh and crowd-pleasing IP to the global marketplace. ANEW’s Vice President of Development Tara Billik, is overseeing the project for the company. Edward McGurn and Ben Anderson are producing along with Medavoy.

6000 is set in a deep sea research facility 6,000 meters below the ocean’s surface. A mysterious disaster three years earlier killed the crew and shuttered the station. Now, when a new team is sent down to get the operation up and running again, tension builds as they must struggle against the claustrophobic environment, their own deteriorating minds, and an unleashed danger lurking in the depths.

“Gentosha Comics has, in 15 years that it’s been in business, established itself as the publisher of compelling manga entertainment, as evidenced by 6000, a project that really lends itself to being adapted for the international market,” ANEW’s Senior Vice President of Development, Annmarie Bailey said.

“The expertise and the breadth of knowledge of Mike Medavoy and his team make them a clear match for this intensely mind-bending material, and we look forward to an ongoing partnership with them,” ANEW’s Tara Billik added.

“We were immediately drawn to the tension of 6000, and are looking forward to bringing this psychological thriller to the international movie audience,” Mike Medavoy said. “We appreciate the efforts ANEW made in securing the rights to the original property and then working with us to develop it further.”

“I grew up watching Hollywood Films, which inspired me to become a comic author. So for me, 6000 is a homage to the American Movie culture, and also a horror story for anyone, like me, who struggles through hopeless situations,” the comic book’s author Nokuto Koike said. “I’m very excited to see how these top U.S. filmmakers take my original story and use it to create a film that appeals to an international audience.”

Posted by GenreOnline.net at 3:48 PM