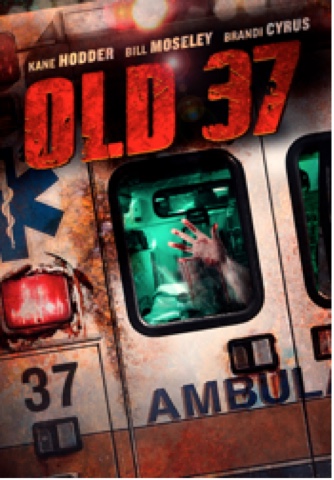 Film Set To Be Released On

Music from The Used, Circa Survive, Sheppard + more

Fast paced and blood soaked, OLD 37 taps into the most basic human fear, vulnerability. The words "don't worry I'm a paramedic" will make you think twice before dialing 9-1-1. For more information on OLD 37, please visit: www.old37themovie.com.

OLD 37 features a performance from certified platinum Australian rock band, Sheppard. The band not only performs live in a party scene in the film, but additionally has 4 songs featured on the soundtrack, all of which are off their debut full length Bombs Away, which is certified gold. Sheppard are the third Australian group to impact American top 40 radio this century. Since signing to Universal Republic, Sheppard have been seen preforming on ELLEN, Tonight Show with Jimmy Fallon, The Today Show and more. Other musicians featured on the OLD 37soundtrack include The Used, Circa Survive, Night Riots, States, Death On Two Wheels, Survival Guide, DariusTX, and Emii.

OLD 37 was written and produced by Paul Travers along with producing partners Carrie Alton, Evan Greenhill, and Dayna Ghiraldi. With music composed by Darius Holbert (Hobo With A Shotgun, World's Greatest Dad, Cedar Rapids), and blood, guts and scares provided by Brian Spears and Pete Gerner (We Are What We Are, Late Phases, VHS), this team is ready to bring the sirens.