INTO THE GRIZZLY MAZE on DVD August 4 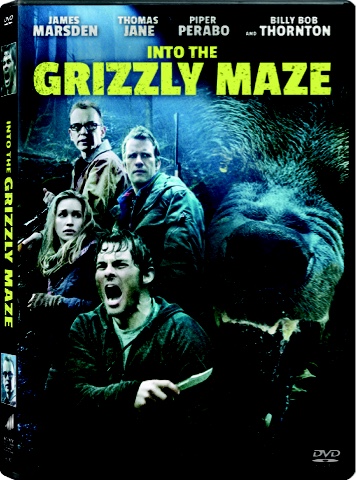 INTO THE GRIZZLY MAZE

Hunt or Be Hunted on DVD August 4

After a relentless grizzly starts to wreak havoc on a small town, the sheriff heads into the forest to find his ecologist wife but instead crosses paths with his estranged, ex-con brother. They soon find themselves on the run from the massive killer bear. The hunted become the hunter in this edge-of-your seat thriller about the power of nature and the smell of blood.

Directed by David Hackl from a story by Jack Reher and a screenplay by Guy Moshe and Jack Reher.  INTO THE GRIZZLY MAZE was produced by Paul Schiff, Tai Duncan and Hadeel Reda with Dominic Ianno, Stuart Pollok and Hans Syz serving as executive producers.

INTO THE GRIZZLY MAZE has a run time of approximately 86 minutes and is rated R for animal attack/disturbing images, violence, terror, brief sexuality and language.

Academy Award® is the registered trademark and service mark of the Academy of Motion Picture Arts and Sciences.

Posted by GenreOnline.net at 8:08 PM