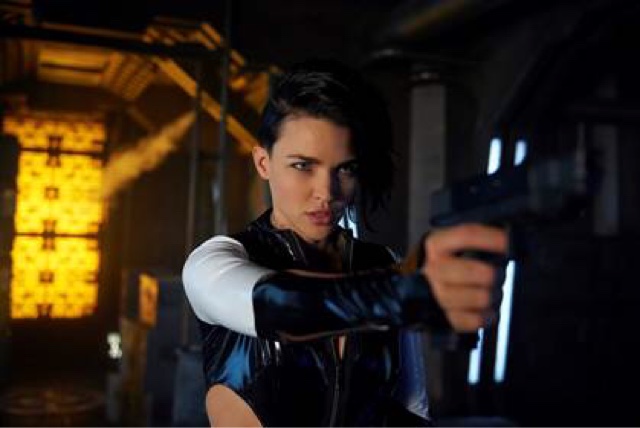 Hot off her run on Orange Is The New Black, Ruby Rose is heating up outer space on Syfy’s Dark Matter!

In the episode airing Friday, July 24th at 10pm ET/PT, Aussie actress Rose will guest star as Wendy, a hauntingly beautiful entertainment android who dazzles the crew with her sexual prowess and knack for entertaining … until things take a dangerous turn.

Dark Matter airs Fridays at 10pm ET/PT on Syfy.  The series is created by Joseph Mallozzi and Paul Mullie (executive producers and writers of the Stargate franchise), and follows a crew that awakens on a spaceship with no idea who they are or how they got there.