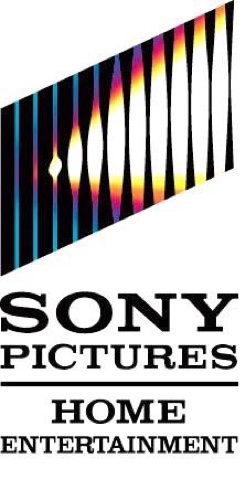 THE INDIAN IN THE CUPBOARD: 20th ANNIVERSARY EDITION

Each Title Includes a First Look at Goosebumps, Introduced by

CULVER CITY, Calif. (July 13, 2015) – Three all-time family classics are marking anniversaries this year and to celebrate, Sony Pictures Home Entertainment is releasing JUMANJI: 20thANNIVERSARY EDITION, ZATHURA: 10th ANNIVERSARY EDITION and THE INDIAN IN THE CUPBOARD: 20th ANNIVERSARY EDITION on Blu-ray™ Sept. 22. Each title features all-new bonus materials, as well as an exclusive first look at the upcoming theatrical release Goosebumps (in theaters October 16), with stars Dylan Minnette and Ryan Lee introducing a clip from Goosebumps, before reflecting on their memories of the earlier films.

JUMANJI: 20th ANNIVERSARY EDITION stars Academy Award® winner Robin Williams (Best Supporting Actor, Good Will Hunting, 1997), Kirsten Dunst (Spider-Man trilogy) and Bradley Pierce (The Borrowers).  When two kids find and play a magical board game, they release a man trapped for decades in it and a host of dangers that can only be stopped by finishing the game. The all-new bonus features include animated storybook excerpts from the book, narrated by author Chris Van Allsburg, two episodes of the 1996 “Jumanji: The Animated Series” TV show and the original theatrical trailer.

ZATHURA: 10th ANNIVERSARY EDITION stars Josh Hutcherson (The Hunger Games franchise), Kristen Stewart (Twilight franchise), Jonah Bobo (Crazy, Stupid, Love.), and Dax Sheppard (“Parenthood”) in the story of two young brothers who are drawn into an intergalactic adventure when their house is hurled through the depths of space by the magical board game they are playing. The all-new bonus features include an animated storybook version of the book narrated by author Chris Van Allsburg and the original theatrical trailer.

THE INDIAN IN THE CUPBOARD: 20th ANNIVERSARY EDITION is newly remastered in 4K and debuting for the first time on Blu-ray. The film star stars Hal Scardino (Searching for Bobby Fischer) as a boy who receives a cupboard as a gift on his ninth birthday and discovers that putting toy figures into it brings the toys to life. The all-new bonus materials include the featurette “Little Bear: A Return to The Indian in the Cupboard,” where Litefoot (Mortal Kombat: Annihilation), who famously played Little Bear in the film, looks back at this iconic role; an archival making-of featurette and the original theatrical trailer.

Robin Williams, Kirsten Dunst and Bonnie Hunt star in this phenomenal adaptation of the award-winning children’s book. When young Alan Parrish discovers a mysterious board game, he doesn’t realize its unimaginable powers, until he is magically transported before the startled eyes of his friend, Sarah, into the untamed jungles of Jumanji! There he remains for 26 years until he is freed from the game’s spell by two unsuspecting children. Now a grown man, Alan (Williams) reunites with Sarah (Hunt) and together with Judy (Kirsten Dunst) and Peter (Bradley Pierce) tries to outwit the game’s powerful forces in this imaginative adventure that combines breathtaking special effects with an enchanting mixture of comedy, magic and thrills.

JUMANJI has a run time of approximately 104 minutes and is rated PG for menacing fantasy action and some mild language.

In this heart-racing science fiction adventure, ZATHURA, two squabbling brothers are propelled into deepest, darkest space while playing a mysterious game discovered in the basement of their old house. On their fantastic journey, they are joined by a stranded astronaut and must survive meteor showers, hostile lizard-like aliens, a rocket-propelled robot who runs amok and an intergalactic spaceship battle. Unless they finish the game and reach the planet Zathura, they could be trapped in outer space forever.

ZATHURA has a run time of approximately 101 minutes and is rated PG for fantasy action and peril, and some language.

THE INDIAN IN THE CUPBOARD: 20th ANNIVERSARY Synopsis:

An Adventure Comes to Life! The most amazing adventure is awaiting. Are you ready to unlock the secret? On his ninth birthday, Omri is presented with many gifts - the most unusual being a cupboard. But this is no ordinary wooden box. It is endowed with magical power that transforms Omri’s plastic toy figurines into living creatures. The first miniature to be animated is a 19th Century Iroquois warrior named Little Bear, who is terrified at first by his alien surroundings but soon bonds with his gigantic playmate. But when Omri’s friend, Patrick, gets in on the act and brings a six-shooting cowboy (David Keith, U-571) to life, their fantastic secret is in danger of being revealed. The Indian in the Cupboard is terrific family entertainment from director Frank Oz (Bowfinger) and Melissa Mathison, the writer of E.T., The Extra-Terrestrial.

THE INDIAN IN THE CUPBOARD has a run time of approximately 96 minutes and is rated PG for mild language and brief video images of violence and sexy dancing.

THE INDIAN IN THE CUPBOARD: 20th ANNIVERSARY Bonus Features Include:

o    “Little Bear: A Return to The Indian in the Cupboard” Featurette: Litefoot who famously played Little Bear looks back at this iconic role

Posted by GenreOnline.net at 2:42 PM