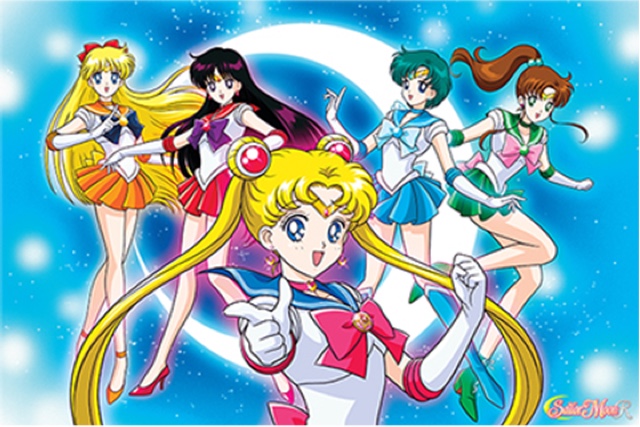 This year, attendees are invited to join VIZ Media as it welcomes famed NARUTO manga creator, Masashi Kishimoto, for his first-ever official U.S. professional appearance. Fans can catch the legendary creator for a unique NYCC panel discussion about his smash hit series and his evolution as a manga artist on Thursday October 8th. Kishimoto also will offer opening remarks to introduce the hot new BORUTO: NARUTO THE MOVIE anime feature film, on which he served as the Executive Producer, at a very special premiere screening on Saturday, October 10th.

To help celebrate the unprecedented visit, the VIZ Media booth will be the host of the NARUTO Ninja Mission. Fans pick up a headband from the booth, and must use ninja stealth and speed to complete a special mission; only a true ninja can collect an NYCC exclusive reward. The booth will also have a special display of two costumes from the recent Live Spectacle Naruto stage adaptation, courtesy of Nelke Planning, the company that produced the show.

Manga and anime fans are also invited to attend the VIZ Media official company panel discussion happening on Friday, October 9th to glean the latest news on new title acquisitions and exciting developments on other current properties. Fans also will not want to miss a VERY special premiere screening event on Friday October 9th that will present the debut of brand new VIZ Media anime title. Stay tuned for more details on this title!

Stop by the VIZ Media Booth (#1346) for an array of show exclusive products in the retail area, and also take part in a variety of fun convention activities and special promotional product giveaways of manga samplers, full-color posters, postcards, and more! Attendees can try their luck at the VIZ Media prize wheel for a chance to win exclusive goodies from many fan favorite series, or get a SAILOR MOON tiara and show off each person’s inner Guardian.

The creator of the global phenomenon known as NARUTO makes his first appearance outside Japan! The legendary Kishimoto Sensei will discuss his career and creative process and answer questions about his work. Attendees will also have a chance to win some very special prizes. This panel of a lifetime is brought to you in partnership with the Japan Foundation.

Hang out with the VIZ Media crew as they talk about your favorite titles, make exciting announcements and show off exclusive first looks!

Join VIZ Media for a very special surprise from the world of anime that's so fresh, we can't even tell you what it is yet!

Masashi Kishimoto, creator of Naruto, makes his Executive Producer debut and will introduce the North American English-subtitled premiere of the most anticipated Naruto movie yet! Naruto Uzumaki protects the Hidden Leaf Village as the 7th Hokage, while Boruto, his troublesome son resents his father's responsibilities that take his time away from him. Seeing this, Sasuke takes Boruto under his wing, while Sasuke's only daughter, Sarada, dreams of being Hokage one day. This Panel of a lifetime is brought to you in partnership with the Japan Foundation.

Come early - the first 100 attendees in line for BORUTO: NARUTO THE MOVIE will get to attend a special Saturday signing session at 10amwith Masashi Kishimoto!

Everyone's favorite Guardian of Love and Justice is back! The VIZ Media SAILOR MOON team brings you all the can't-miss news on the legendary anime series, as well as the all-new SAILOR MOON CRYSTAL.

Additional information on titles available from VIZ Media is available at www.VIZ.com.

Posted by GenreOnline.net at 8:17 PM