GET YOUR ASH READY! 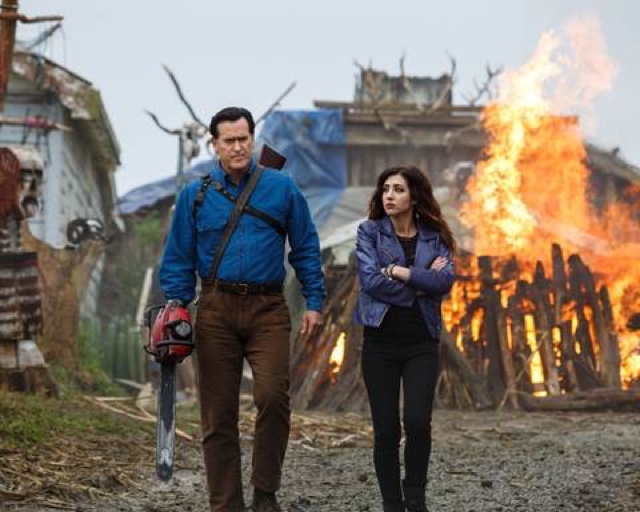 Located at the Inner Roadway, a killer Ash vs Evil Dead experience will be waiting. The activation will include Ash’s trailer, his bloody chainsaw, and prizes for the bravest souls.

There will be a raffle for 100 attendees to win autograph signing passes.  Attendees can stop by the trailer on Thursday and Friday for their chance to win.

The cast is led by Bruce Campbell (Evil Dead, “Burn Notice”) reprising his role of Ash Williams, the stock boy, aging lothario and chainsaw-handed monster hunter 30 years avoiding responsibility, maturity and the terrors of the Evil Dead. Rounding out the cast are Lucy Lawless (“Salem,” “Spartacus”) as Ruby a mysterious figure who believes Ash is the cause of the Evil outbreaks, Ray Santiago (“Touch,” Meet the Fockers) as Pablo Simon Bolivar, an idealistic immigrant who becomes Ash’s loyal sidekick, Dana DeLorenzo (A Very Harold & Kumar 3D Christmas) as Kelly Maxwell, a moody wild child trying to outrun her past and Jill Marie Jones (“Sleepy Hollow”) as Amanda Fisher, a disgraced Michigan State Trooper set to find our anti-hero Ash and prove his responsibility in the grisly murder of her partner.

Posted by GenreOnline.net at 5:26 PM