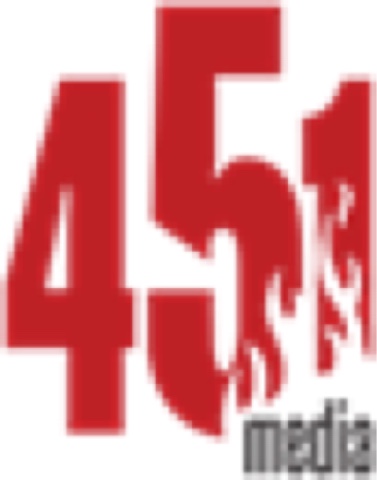 WHAT:            451 Interactive Publishing (451), a division of 451 Media Group, will unveil its premiere slate of graphic novels that merge premium content from printed graphic novels with digital video at New York Comic Con (NYCC). Through the use of Touchcode Technology from T+ink, readers of 451’s graphic novels can use their smart phone to unlock exclusive content housed on the Machinima Network, which boasts more than 170M viewers monthly.

NYCC attendees can visit 451’s booth for sneak peeks of the graphic novels and meet the writers, many of whom will be on hand throughout the Con for autographs, meet-and-greets and photo opportunities with fans. 451 will also be giving away limited edition posters, graphic novels, pins and Touchcode cards.

·         Peter and Paul Williams (vfx forAvatar, The Avengers, Rise of the Planet of the Apes, King Kong, I Robot, District 9)

Specific times for writer meet-and-greets and signings will be announced shortly.

Posted by GenreOnline.net at 2:22 PM