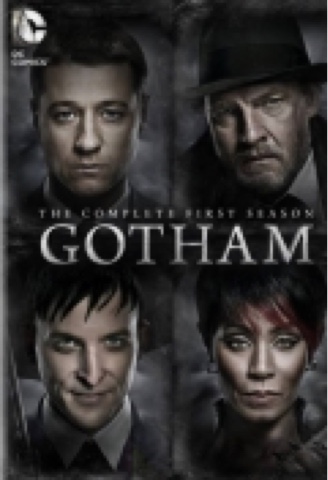 No one could have predicted without prior familiarity just how good Gotham would be when it premiered on FOX as a part of an unprecedented four DC Universe Television series season launch for Warner Brothers along with Arrow and the series premiere of The Flash airing on The CW and Constantine, based on the popular comic Hellblazer, airing on NBC. Gotham would go on to be not only the best of the four 2014-2015 American television season programs, but it also one of the best television dramas on free over the air broadcast American television shows of the last season too. Credit goes to everyone involved. Not only was the series well cast, but it was well directed, had a cinematic quality to it and had excellent screen direction and scripts too. Bruno Heller, one of the creative forces behind the hit HBO original series ROME, deserves great credit with developing the series for television along with fellow Executive Producers Danny Cannon and John Stephens. Now with the series due to return to Fox for a second season in less than a week from the date this review was posted, home video users can revisit Gotham on DVD or Blu-Ray Disc depending on which set one purchases and a limited time only certificate detailing a code for a free Ultraviolet Digital Copy is contained within the packaging as well along with corresponding episode information within an insert too.
All twenty two first season episodes have been encoded upon six standard definition DVDs in a 16 by 9 enhanced matted (1.78:1) aspect ratio that preserves the manner in which the program was exhibited on network television along with English Dolby Digital 5.1 Surround Sound and English Subtitles for the Dead and Hearing Impaired as well as French and Spanish Language Subtitles encoded as options.
Extra value features include an extended presentation of the original series pilot on Disc One while Disc Six contains the balance of the bonus materials that include, Gotham Invented (31:27) - A three-part documentary ("Building Our Gotham," "Paving the Way for the Caped Crusader" and "Fractured Villains of Gotham") exploring the show's creation, from its mythology, to its heroes and villains, to its visual look and thematic inspirations. Gotham: Designing the Fiction (19:54) - A piece delving into the show's production design, its visual aesthetic rooted in 1970s and '80s New York and 1930s Chicago, and the commingling of elements from different time periods, with a visit to the sets for the GCPD, Fish Mooney's nightclub and Wayne Manor as well. The Game of Cobblepot (26:25) - Using the game of chess as a reference point, actors Robin Lord Taylor and Ben McKenzie, executive producers Bruno Heller and John Stephens, and writers Megan Mostyn-Brown and Rebecca Perry Cutter share some insight into the manipulations, machinations and inner workings of burgeoning criminal mastermind Oswald Cobblepot, aka the Penguin. Gotham: The Legend Reborn (21:36) - A behind-the-scenes look at the series, in which the cast and crew discuss the series' premise, its main characters and their relationships, the storyline, the production design and cinematography, the visual and special effects, and the overall tone of the show. DC Comics Night at Comic-Con 2014 - Presenting Gotham, The Flash, Constantine and Arrow (29:29) - DC Entertainment's Chief Creative Officer Geoff Johns and the filmmakers and cast behind the DC television universe discuss their shows and answer questions from fans onstage at Comic-Con 2014. Character Profiles (15:52) - Profiles of "Detective James Gordon," "Bruce Wayne and Alfred J. Pennyworth," "Detective Harvey Bullock," "Fish Mooney," "Oswald Cobblepot" and "Dr. Leslie Thompkins," as well as "Killer Characters" like the Dollmaker, the Scarecrow and the Ogre. A Gag Reel (4:55) - Goofs, flubs and outtakes from the Gotham set. Unaired Scenes (7:13) - Two deleted scenes each from "Penguin's Umbrella" and "Lovecraft," plus one deleted scene each from "Rogues' Gallery," "What the Little Bird Told Him," "Welcome Back, Jim Gordon" and "Beasts of Prey."
The discs and inserts come packaged within a standard DVD keep case along with a cardboard slip. Gotham: The Complete First Season is available now at retailers on and offline courtesy of Warner Brothers Studios Home Entertainment.
(C) Copyright 2015 By Mark A. Rivera.
All Rights Reserved.
Posted by GenreOnline.net at 2:17 PM