THE FIFTH ELEMENT & LÉON: THE PROFESSIONAL ON BLU-RAY™ OCT. 27 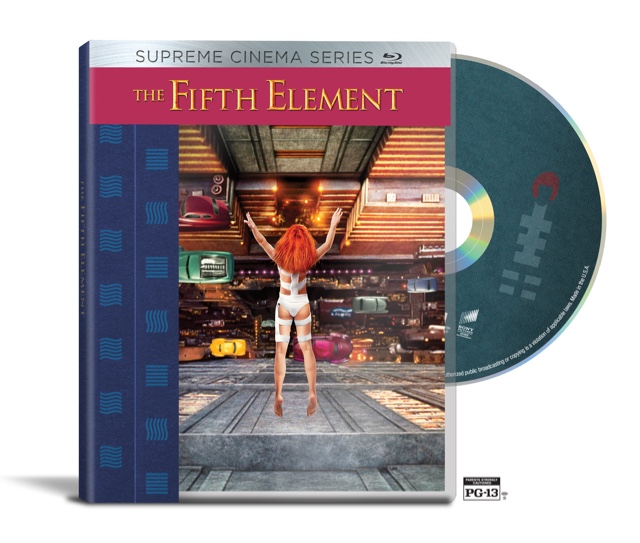 THE FIFTH ELEMENT & LÉON: THE PROFESSIONAL

CULVER CITY, Calif. (Aug. 10, 2015) – Sony Pictures Home Entertainment (SPHE) expands the Supreme Cinema Series line with the addition of two classics from visionary director
Luc Besson when THE FIFTH ELEMENTand LÉON: THE PROFESSIONAL debut Oct. 27 on Blu-ray™.  Each film will feature the first-of-its-kind, limited edition collector’s packaging with the acrylic “Clear Case.” This limited edition sku includes a 24-page booklet of rare photos and behind-the-scenes detail that will only be available while supplies last.

The Supreme Cinema Series and standalone editions of THE FIFTH ELEMENT and LÉON: THE PROFESSIONAL are presented with an all-new 4K restorations and exclusive Dolby Atmos® Audio. The new Dolby Atmos audio, remixed specifically for the home theater environment, delivers captivating sound that places and moves audio anywhere in the room, including overhead.

New York cab driver Korben Dallas didn’t mean to be a hero, but he just picked up the kind of fare that only comes along every five thousand years:  A perfect beauty, a perfect being, a perfect weapon. Together, they must save the world. Bruce Willis, Milla Jovovich, and Gary Oldman star in acclaimed director Luc Besson’s outrageous sci-fi adventure, an extravagantly styled tale of good against evil set in an unbelievable twenty-third century world. Now fully remastered in 4K, experience this dynamic action favorite like never before.

THE FIFTH ELEMENT has a run time of approximately 126 minutes and is rated PG-13 for intense sci-fi violence, some sexuality and brief nudity.

THE FIFTH ELEMENT Bonus Features Include (for both skus):

§  Behind-the-Scenes Featurettes Available on Blu-ray for the First Time:

o   “The Elements of Style”

Jean Reno, Gary Oldman, Natalie Portman and Danny Aiello star in LÉON: THE PROFESSIONAL, a go-for-broke thriller about a professional assassin whose work becomes dangerously personal. Calling himself a “cleaner,” the mysterious Léon is New York’s top hitman. When his next-door neighbors are murdered, Léon becomes the unwilling guardian of the family’s sole survivor - 12-year-old Mathilda. But Mathilda doesn’t just want protection; she wants revenge. Training her in the deadly tricks of his trade, Léon helps her track the psychotic agent who murdered her family. From the electrifying opening to the fatal finale, LÉON THE PROFESSIONAL is a nonstop crescendo of action and suspense. Experience both the U.S. theatrical and international versions of this beloved action masterpiece, now fully remastered in 4K.

LÉON: THE PROFESSIONAL Bonus Features Include (for both skus):