SNEAKERHEADZ - Opening in NY and LA This Friday (August 7) 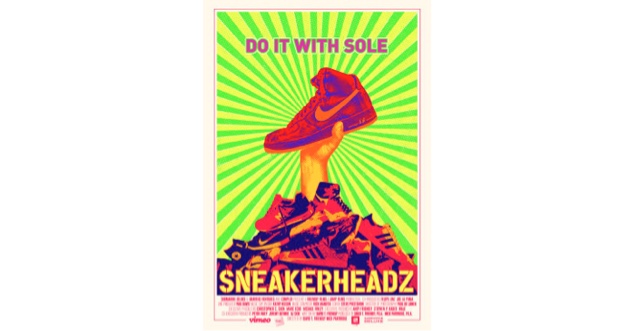 VOD: Also available on AT&T u-Verse on August 7 and Vimeo On Demand on August 21.

To Rock or Stock? Sneakerheads will do almost anything to get their hands on a unique pair of kicks, going to such extreme lengths as hiding in trash cans to score a pair of Retro Jordan 11s to camping for days in sub zero temperatures for the latest Nike Foamposites. How did sneakers become as prized as collectable art? From the shores of Cali to the congested streets of Tokyo, SNEAKERHEADZ examines the cultural influence of sneaker collecting around the world and delves into a subculture whose proud members don’t just want to admire art, they want to wear it.

Gravitas Ventures is an independent film distributor – bringing you the movies you want in theaters and On Demand. By acquiring all-rights, Gravitas has the ability to release a movie in over 100 Million homes in North America and over 1 Billion worldwide. Whether it’s releasing a movie before it hits theaters, the day-of, or on home video – Gravitas Ventures is on the cutting edge of 21st century, independent film distribution.

Complex is a media platform and an online community that publishes the best, most diverse and most relevant voices in culture, period. With over 120 million unique monthly visitors and 1.4B monthly page views, Complex makes culture pop from its collection of partners, brands and its hub site Complex.com for one of the most sought after audiences of millennial influencers ever assembled.