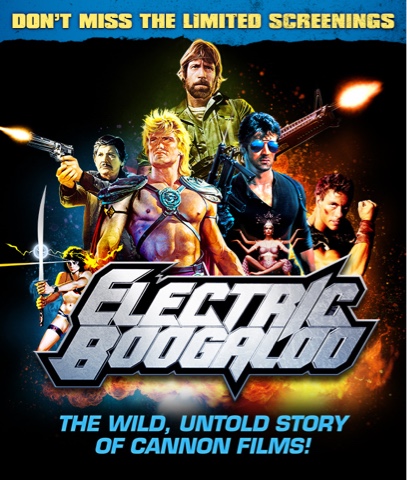 Two One-Night Events!
Join us for limited screenings in a theater near you.
Director Mark Hartley takes us on a hilarious thrill ride through the masterworks of Yoram Globus and the late Menahem Golan, two movie-obsessed immigrant cousins who became Hollywood's ultimate gate-crashers in Electric Boogaloo: The Wild Untold Story of Cannon Films.
Posted by GenreOnline.net at 4:50 PM