Rick and Morty Renewed For Third Season of Intergalactic Adventures 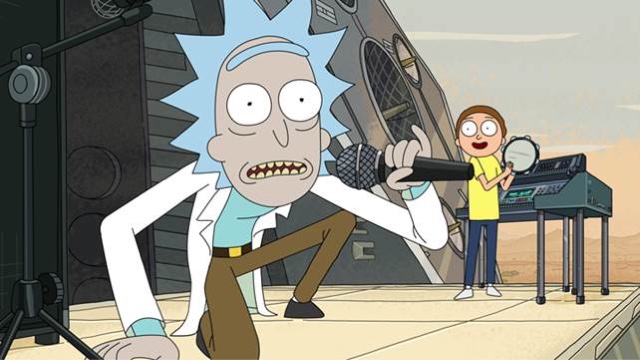 Rick and Morty Renewed For Third Season of Intergalactic Adventures

​          Adult Swim has announced that they are ordering more intergalactic adventures with the season three pickup of the original hit animated comedy series, Rick and Morty. New episodes of the series air Sundays at 11:30 p.m. ET/PT.

The series’ season two premiere on Sunday, July 26, ranked #1 in its time period among all key adults and men and charted triple-digit delivery gains over its prior season premiere (P18-24 +154%, P18-34 +117%, P18-49 +121%). The television audience continued to grow in the series’ second week, charting week-over-week gains of up to 27% among all key demos. The season two premiere of Rick and Morty fueled Adult Swim’s video streams in July’15, with an overall total of 29.7M streams, up +12% month-to-month. (Source: Nielsen Media Research Data, Omniture and YouTube Analytics)

“It's an honor to see Rick and Morty join the exclusive club of shows with over nineteen episodes,” said co-creator and executive producer Dan Harmon. “It's time to demand that the network allow us to draw the characters going to Hawaii.”

“I am blown away by the seemingly instant success of Rick and Morty. I look forward to continuing their adventures!” said co-creator and executive producer Justin Roiland.

In season two, Rick Sanchez (Justin Roiland) is still living with his daughter Beth’s (Sarah Chalke) family and causing more trouble than ever. This season the rest of the family, his son-in-law Jerry (Chris Parnell), grand-daughter Summer (Spencer Grammer) and grand-son Morty (Justin Roiland) are dragged into Rick’s intergalactic adventures, as he faces new threats and mysteries of his secret past are revealed. Can the family survive Rick’s insanity and all the chaos the universe throws at them?

Posted by GenreOnline.net at 4:04 PM