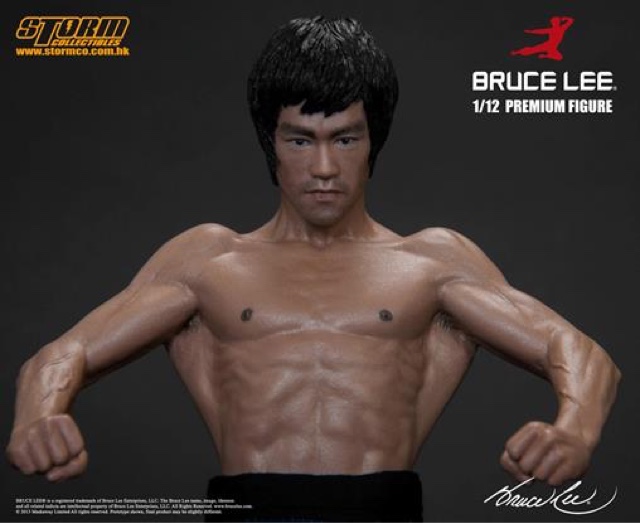 Personally approved by Shannon Lee, the daughter of the legendary late martial arts pioneer and film star, the 1/12 scale Bruce Lee statue will debut in May with an MSRP of $55.00 (USD) from authorized Bluefin retailers nationwide and also from a variety of leading online outlets. Pre-orders are available now from select outlets.

Bruce Lee was a groundbreaking Chinese-American action film star, martial arts instructor, philosopher, and filmmaker. He starred in several highly influential martial arts movies such as Fist of Fury and Enter the Dragon and is widely regarded as one of the most iconic martial artists of all time. Lee’s martial arts philosophy and development of a style known as Jeet Kune Do, combined with his amazing physical abilities and on-screen charisma, drew him international acclaim and helped create enduring worldwide interest in martial arts.

Collectors are invited to check out additional Storm Collectibles figures available from Bluefin that include 1/6 scale pose-able figures of basketball legend and pop culture provocateur, Dennis Rodman, depicted in his “Bad Boy” wrestling attire, and heavyweight boxing champ, Mike Tyson, who is depicted in his early years when he fought for the U.S. Junior Olympic team.