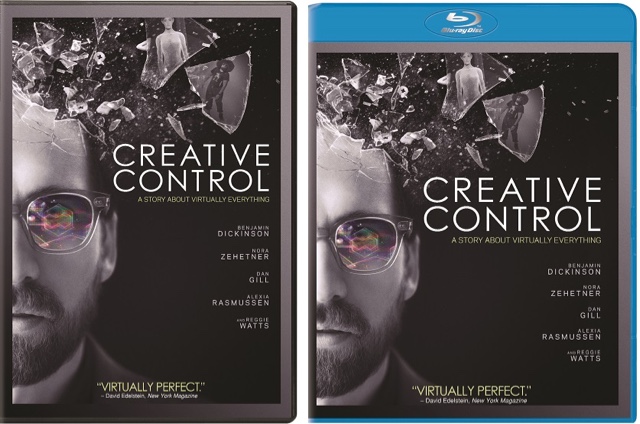 The Blu-ray™, DVD and iTunes Digital releases of CREATIVE CONTROL include deleted scenes, a Reggie Watts music video and commercials for Phalinex and Augmenta.

In near-future Brooklyn, David is a tech-obsessed advertising executive working on a campaign for augmented reality glasses. Jealous of his best friend Wim’s charmed life and obsessed with his beautiful girlfriend Sophie, David uses the glasses to create a life-like avatar of her — but he is not prepared for what happens when the line between reality and virtual reality begins to blur.

CREATIVE CONTROL has a run time of approximately 97 minutes and is rated R for Strong Sexual Content, Nudity, Language and Drug Use.