Behind the Scenes with Benicio Del Toro 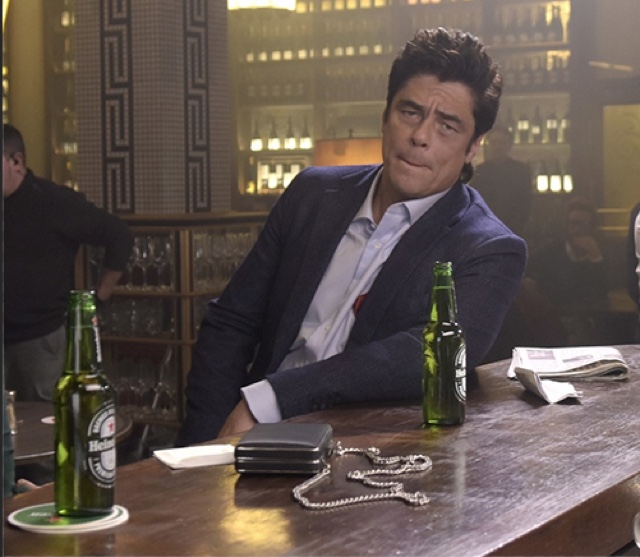 On Monday, Heineken® unveiled a new campaign known as "There's more behind the star."

The new U.S. and global led program is comprised of three new TV commercials, featuring award-winning actor, Benicio Del Toro. This is the first time the Oscar winner has served as a brand spokesperson and the spots will air in 70+ markets internationally in both English and Spanish. The humorous spots see Del Toro comparing what is behind his own 'star' status to specific stories behind the legendary Heineken® brand.

What Viewers Will See:

WHITE PLAINS, N.Y., Feb. 29, 2016/PRNewswire/ -- Today, Heineken®unveiled a new integrated global marketing campaign known as "There's more behind the star."  Consumers are invited to discover the authentic product stories that are the foundation of an iconic global brand.

The new U.S. and global led program is comprised of three new TV commercials, featuring award-winning actor, Benicio Del Toro. Launching in 70+ markets globally, the campaign focuses squarely on the beer, the brand's rich heritage and Heineken®'s unparalleled international footprint. The humorous spots see Del Toro comparing what is behind his own 'star' status to specific stories behind the legendary Heineken® brand. The new commercialswere created by Publicis Worldwide and filmed in a variety of locations in Barcelona. The spots will be released in both English and Spanish, alongside two additional pieces of short-form digital content. 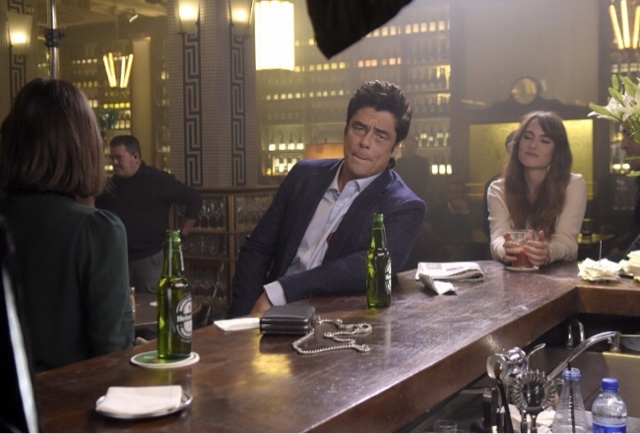 Benecio Del Toro behind the scenes of Heineken's new "There's More Behind the Star" campaign.

"Consumers increasingly want to know what's happening behind the scenes in all areas of their lives," said Ralph Rijks, Vice President, Heineken®. "This includes their beer of choice.  Heineken® has a wealth of authentic backstories that make up its rich history and illustrate why its popularity is so enduring. Our new campaign is designed to bring these stories to life in a fresh and innovative way, using the wit we have become famous for."

In the 142 years since its birth, Heineken® has grown from a small, Amsterdam-based operation into producers of the world's most international premium lager. It is available in 192 countries and the Heineken® family still maintains a controlling interest. As the company has grown, the focus on quality and taste has never wavered, ensuring consistent excellence and continuity experienced all over the world. This is achieved through the craftsmanship and expertise of Heineken®'s Master Brewers.

"The new campaign engages consumers in our brewing heritage and focuses on the quality ingredients that ensure that the great taste of Heineken®is the same around the world," said Willem van Waesberghe, Heineken®Master Brewer, and co-star of a set of new digital commercials alongside Del Toro.  "From small beginnings to our current global footprint, one key constant is unchanged – the original Heineken® recipe. The skill and expertise of our Master Brewers means that the quality of our beer remains as high as it was on day one."

"I couldn't be happier having the opportunity to work with Heineken® to bring this project to life in a fun way," said Benicio Del Toro, on his first ever role as a brand spokesperson. "Heineken® has a rich history and heritage that speaks for itself, and I'm excited to bring my talents to this global campaign."

For more information about the "There's more behind the star" campaign, please visit www.heineken.com.