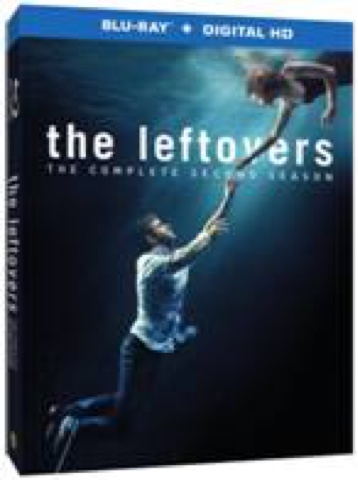 Includes All 10 Episodes from the Compelling Second Season!

BURBANK, CA (December 9, 2015) – From Damon Lindelof, the co-creator of the hit series Lost, and acclaimed Oscar®-nominated novelist Tom Perrotta,Warner Bros. Home Entertainment brings the next chapter of the HBO seriesThe Leftovers to Blu-rayTM, DVD and Digital HD for the first time with The Leftovers: The Complete Second Season. As one of the most critically acclaimed shows on HBO, the series averaged over 1.2 million total viewers*. Joining the first season’s stellar cast including Justin Theroux (Mulholland Drive), Amy Brenneman (Judging Amy), Christopher Eccelston (Doctor Who), Margaret Qualley (Palo Alto), Chris Zylka (The Amazing Spider-Man), Carrie Coon (Gone Girl), Liv Tyler (The Lord of the Rings films), Ann Dowd (Masters of Sex) and Janel Moloney (The West Wing), the second season also adds Emmy® winner Regina King (American Crime), Kevin Carroll (Survivor’s Remorse) and Jovan Adepo to the series. Created by Lindelof and Perrotta (Little Children), and based on the book by Perrotta, The Leftovers: The Complete Second Season from Warner Bros. Home Entertainment will be available on Blu-ray and DVD on February 9, 2016 for $44.96 / $39.98 SRP.  Order due date January 5, 2016.

More than three years ago, 2% of the world’s population inexplicably vanished. 140 million people, gone in an instant. No country, no state, no city was spared, except for one small town in eastern Texas. Population: 9261. Departures: Zero. This is the setting for a tale of two families: the Garveys, who have moved to this special place, and whose lives were forever changed by the Departure, and the Murphys, a local family, who seem to have been spared from an event that shook the rest of the world. But even in the town of Miracle, you can’t escape your past.  This “immersive, deeply satisfying drama” (Jen Chaney, Esquire) delivers profound mystery, heart-pounding action, shocking controversy and startling beauty in all 10 gripping Season Two episodes.

“After a strong premiere of Season One, we know people are anxious to get their hands on Season Two and we’re thrilled to be able to deliver that to them with the release of The Leftovers: The Complete Second Season.” said Rosemary Markson, WBHE Senior Vice President, Television Marketing. “Fans who may have missed Season Two will be able to get caught up to all the drama that has happened since the Season One finale.”

The Leftovers: The Complete Second Season on Blu-ray and DVD includes all 10, hour-long episodes: