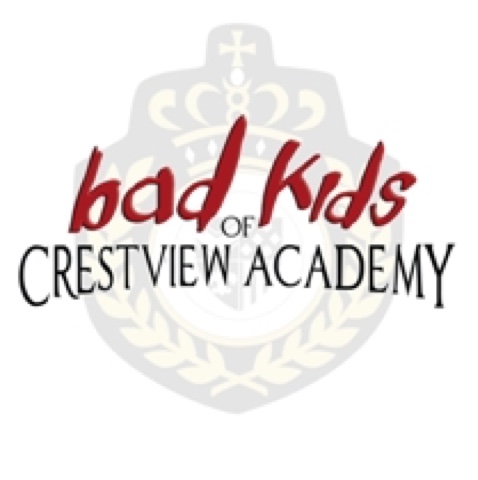 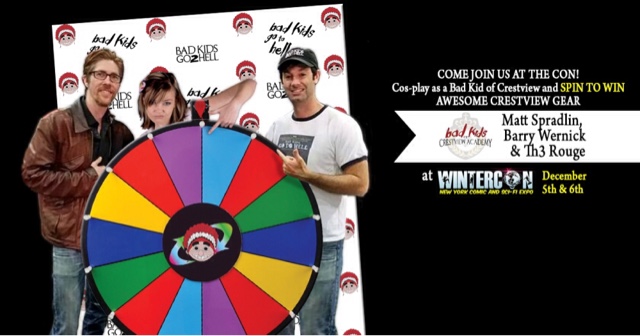 DALLAS, TX – Bad Kids of Crestview Academy comic book and movie franchise  (Bad Kids Go to Hell, Bad Kids Go 2 Hell, and Bad Kids of Crestview Academy) co-creators, Barry “Bazz” Wernick and Matthew Spradlin will be in attendance with original Bad Kids cos-player and spokesperson Th3 Rogue at the New York Comic and Sci-Fi Expo, WinterCon 2015, December 5-6, 2015 at the Resorts World Casino in Jamaica, New York. In addition to signing comics, posters, and DVDs being sold at their booth, they will also be taking pictures at the selfie station with fans!

Bad Kids of Crestview Academy will also be an official sponsor of this year’s WinterCon bestowing Crestview Bad Kid status on many of the other featured guests in attendance this year.

“WinterCon is a superb kick-off to the holiday season,” said Michael Carbonaro, the event’s other co-promoter, the veteran promoter of the Big Apple Con. “Sunday is kids day at the show. In addition to the costume contests and other kids events, we’ll have a Jedi Accademy and every child attending it will get a free light saber.”

With Star Wars: Episode VII – The Force Awakens due in theaters this month, Star Wars will be a huge part of this convention. The original Boba Fett from The Empire Strikes Backand Return of the Jedi, Jeremy Bulloch, and young Boba Fett from Attack of the Clones, Daniel Logan, head up an all-star celebrity guest contingent.

And heading the roster of talented creators alongside Wernick and Spradlin, will be all-star comic book artists Neal Adams (Batman), James O’Barr (The Crow) and Billy Tucci (Shi). WWE superstars Mick Foley, King Kong Bundy and Tito Santana will also be on hand, as will David Harris and Terry Michos from director Walter Hill’s 1979 cult classic film The Warriors. World-renowned cosplayer Yaya Han is on the roster as well.

Posted by GenreOnline.net at 3:06 PM