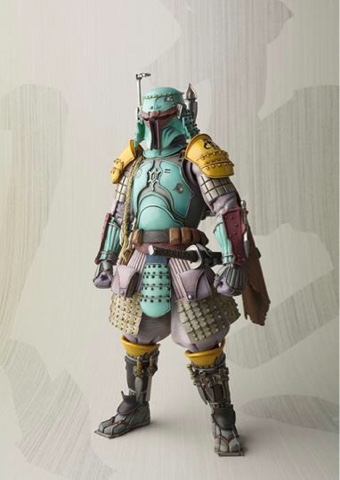 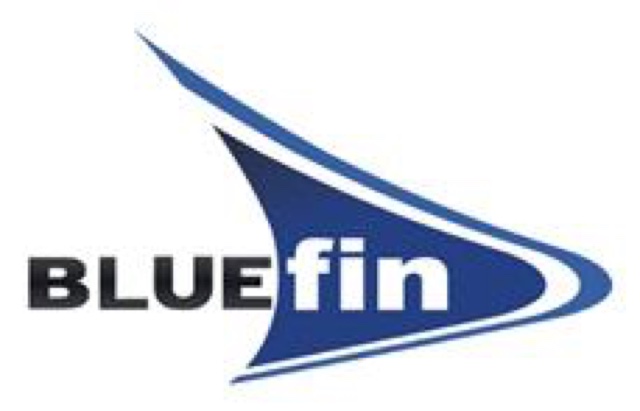 Arriving in time for the holidays, the “Ronin” Boba Fett debuts this month and will be available with an MSRP of $89.99 from authorized Bluefin retailers nationwide and also from a variety of leading online outlets. Check individual retailers for specific December on-sale dates. The interstellar bounty hunter will be complemented by the release in January of the “Daisho” Darth Vader, which will depict the Dark Sith Lord as a Samurai General clad in sinister black “Death Star” armor.

The “Ronin” Boba Fett was designed by artists Takeyuki Takeya and Junichi Taniguchi and joins a pair of other figures in the Meisho Movie Realization Star Wars line that are also currently available – the “Ashigaru” Stormtrooper and the Samurai General “Taisho” Darth Vader. Each figure is unique and comes clad in a custom designed set of armor and outfitted with an array of feudal era inspired weapons and other accessories.

Tamashii Nation’s Meisho Movie Realization Star Wars line pays homage to the Samurai aesthetic in a fun new way and artfully reimagines key Empire characters from the iconic films with feudal-style Japanese armor and weaponry. Each figure is exquisitely constructed with hybrid materials and features up to 15 points of articulation to create endless posing possibilities.

Everyone's favorite bounty hunter goes medieval! Boba Fett joins the Meisho Movie realization series in a spectacular feudal Japan aesthetic, appropriately portrayed as a lord-less “Ronin” In addition to his EE-3 rifle, restyled as an flint-lock style blaster, this deluxe figure set features an extensive array of accessories that includes the characteristic backpack missile that can be removed/attached, and a moveable helmet mounted scope. In addition to a short ninja-style katana and sheath, numerous ninja-style blade accessories are also included can be subtly attached to shin and forearm area mounting points.

Posted by GenreOnline.net at 10:24 AM