“The Strain” Returns to Dark Horse with “Mister Quinlan” 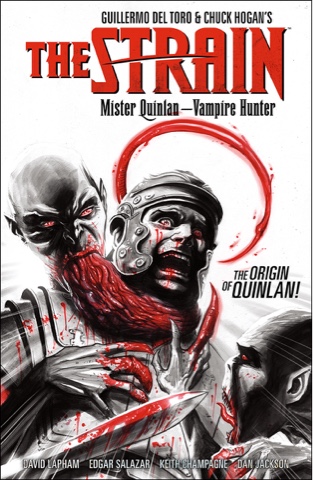 The Origin of Mr. Quinlan!

FOR IMMEDIATE RELEASE: MILWAUKIE, OR— This fall Dark Horse Comics invites you to go back to the beginnings of a popular character with The Strain: Mister Quinlan—Vampire Hunter!

A vampiric abomination seeks to destroy the monster that sired him. Born as a mistake of a powerful vampire known as the Master and raised in the brutal gladiatorial arenas of ancient Rome, Mr. Quinlan must survive long enough to carry out his mission when his target begins hunting him.

With a stunning cover by Juan Ferreyra and a 30th anniversary variant cover by Paolo Rivera, The Strain: Mister Quinlan—Vampire Hunter is a series fans won’t want to miss!

The Strain: Mister Quinlan—Vampire Hunter #1 (of 5) is in stores September 14.  Preorder your copy today at your local comic shop!