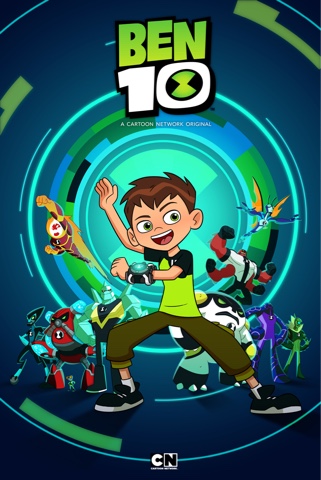 Latest Franchise Begins Worldwide Rollout with Europe, the Middle East, Africa and Asia-Pacific and Continues into 2017 with North America and Latin America

Cartoon Network’s newest take on Ben 10, the animated phenomenon that had kids all over the world wanting to transform into their favorite alien, begins its global premiere this fall with Europe, the Middle East and Africa (EMEA), and the Asia-Pacific region (APAC), and will continue into 2017 with North America and Latin America (LATAM). A new generation of fans can expect all the high-energy action and fantasy, along with the heart and humor that made it an internationalsensation when it originally premiered in 2006.

Building on the highly successful franchise about kid hero Ben Tennyson, Ben 10 will introduce a re-imagined Ben, his cousin Gwen, and Grandpa Max, as they travel the country during summer vacation. When Ben finds the Omnitrix, a mysterious watch that transforms him into 10 different friendly aliens, a world of extraterrestrial superpowers opens up to him. The series is produced by Cartoon Network Studios and created and executive produced by Man of Action Entertainment(Big Hero 6, Generator Rex), with John Fang (Mixels, Generator Rex) on board as supervising producer.

A proven success for Cartoon Network, Ben 10 is an established salessensation led by top-selling toys, interactive and home entertainment franchises generating more than $4.5 billion in global retail sales to date. Playmates Toys serves as the worldwide master toy partner for the new Ben 10 with a full line of toys based on the series and will include a range of figures, playsets, and role-play items set to launch at retail globally next fall.

Posted by GenreOnline.net at 9:49 AM