New Custom Adventure from AS ABOVE/SO BELOW

The only way out is down.

Your demons await in a new Facebook Connect Experience from Legendary and Universal Pictures' AS ABOVE/SO BELOW! Delve deep beneath the streets of Paris with a team of friends to explore the Catacombs' darkest secrets. But be wary -- as the tunnels have been known to reveal the evil that lies within.
Embark on your own #AsAboveSoBelow custom adventure here. 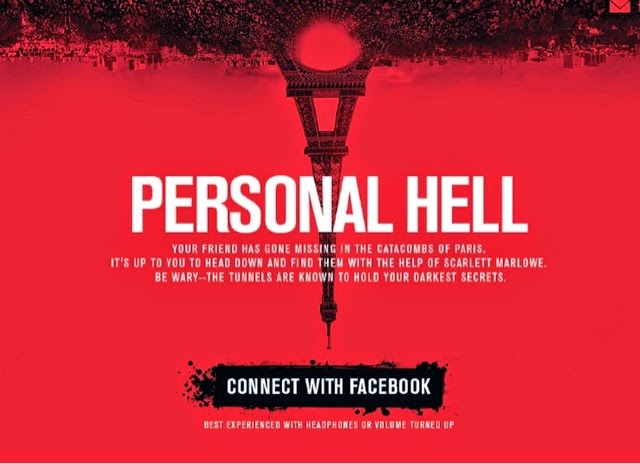 Miles of twisting catacombs lie beneath the streets of Paris, the eternal home to countless souls.  When a team of explorers ventures into the uncharted maze of bones, they uncover the dark secret that lies within this city of the dead.  A journey into madness and terror, As Above/So Below reaches deep into the human psyche to reveal the personal demons that come back to haunt us all.