THE FOREST on Digital HD March 22 and Blu-Ray, DVD, and On Demand April 12 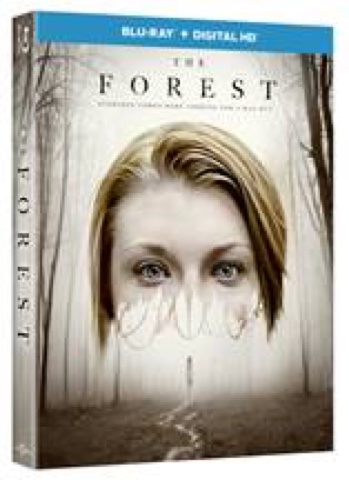 Universal City, California, February 25, 2016 – Rising with terrifying grandeur, the forest is real – and it is the suspense-filled setting of The Forest, a frightening supernatural thriller coming to Digital HD on March 22, 2016, and on Blu-ray™, DVD and On Demand on April 12, 2016 from Universal Pictures Home Entertainment.The Forest on Blu-ray™, DVD and Digital HD comes with terrifying bonus features including behind-the-scenes photos and feature commentary with director Jason Zada.

A young woman’s hunt for her missing sister leads to horror and madness in The Forest, starring Natalie Dormer (Game of Thrones and The Hunger Games) and Taylor Kinney (Chicago Fire, Zero Dark Thirty). When her troubled twin sister Jess mysteriously disappears, Sara Price (Dormer) discovers Jess vanished in Japan’s legendary Aokigahara Forest. Searching its eerie dark woods with the help of journalist Aiden (Kinney), Sara plunges into a tormented world where angry spirits lie in wait for those who ignore the warning: stay on the path.

·        Exploring The Forest: Cast and filmmakers discuss their initial attraction to the project and the history behind the Aokigahara Forest; and dive into the characterizations, the visual effects, and the lore of the infamous Yurei in this behind-the-scenes featurette.