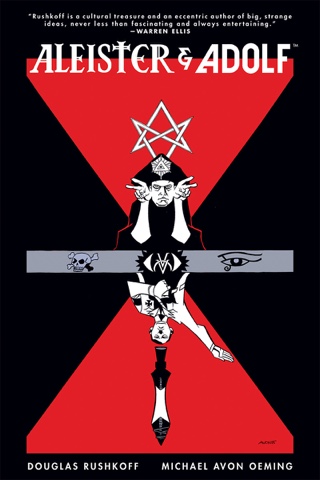 In Aleister & Adolf, media theorist and documentarian Douglas Rushkoff weaves a mind-bending tale of iconography and mysticism, set against the backdrop of a battle-torn Europe.

In a story spanning generations and featuring some of the most notable and notorious idealists of the twentieth century, legendary occultist Aleister Crowley develops a powerful and dangerous new weapon to defend the world against Adolf Hitler’s own war machine—spawning an unconventional new form of warfare that is fought not with steel but with symbols and ideas. But these intangible arsenals are much more insidious—and perhaps much more dangerous—than their creators could have ever conceived.

Amazon
Barnes and Noble
IndieBound
Posted by GenreOnline.net at 12:29 PM