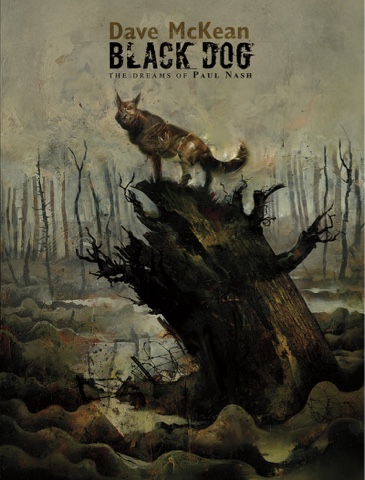 Black Dog takes biographical moments from Paul Nash’s life and explorations of his work, writing, and imagination and mixes them with firsthand accounts of the First World War. Presented as a series of surreal dreams, the stories add up to a moving piece about how war and extreme situations change us and how we deal with the resulting pain—in Nash’s case, by turning landscapes into powerful and fantastical “psychoscapes.”

Best known for his collaborations with Neil Gaiman, McKean defied expectations with his stunning debut as writer and artist in Cages, winner of multiple awards for Best Graphic Album. McKean is also the winner of the Alph-Art, Pantera, Harvey, Spectrum, and BSFA awards.

In addition to the standard release, Black Dog will also receive a limited edition of 400 copies featuring an exclusive plate signed by Dave McKean.

Praise for other works by Dave McKean: 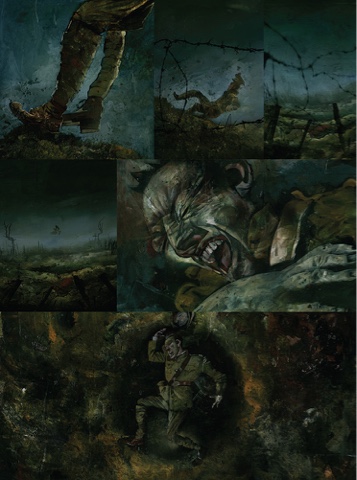