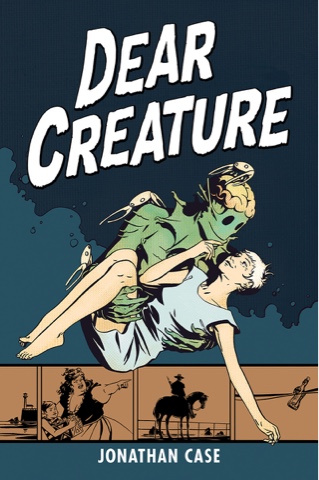 Dark Horse will produce a hardcover edition of the rising star’s debut graphic novel, first published by Tor Books in 2011.

Deep beneath the waves, a creature named Grue defies his nature, no longer wanting to eat lusty beachgoers, no matter how their hormones call to him. Grue discovers love after finding Shakespeare’s plays in cola bottles. When his first attempt at companionship in the world above ends . . . poorly, Grue searches for the person who cast the plays into the sea. What he finds is love in the arms of Giulietta―but with his wicked past catching up to him, Grue must decide if becoming a new man means ignoring the monster he was.
Dear Creature (978-1-50670-095-3) is in stores September 28, 2016.  Preorder your copy today at your local comic shop  or through these fine retailers:
Amazon
Barnes and Noble
IndieBound

“Marvelously entertaining . . . A funny, bizarre, unexpected pleasure that gives a creature from the depths heart and soul.”—Kirkus Reviews