7th Annual Festival Will Feature Special Live Event: Voices Of Light: The Passion of Joan of Arc (1928) along with Four Premiere Restorations 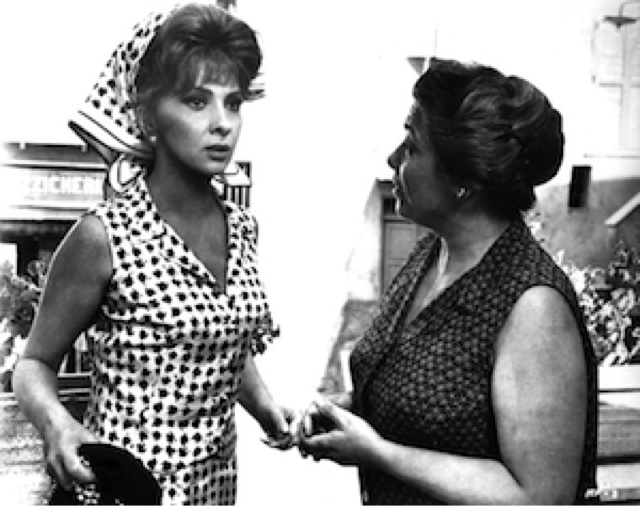 Complete bios for each of the artists appearing at the 2016 TCM Classic Film Festival can be found at filmfestival.tcm.com

Buona Sera, Mrs. Campbell (1968) – Featuring an appearance by Gina Lollobrigida
Starring Gina Lollobrigida, this film, presented in collaboration with Park Circus, showcases her comedic skill and natural charm (and earned her a Golden Globe® nomination) in this tale of a woman confronted by three former lovers who have been sending support checks to help raise the daughter each thinks is his.

Trapeze (1956) – Featuring an appearance by Gina Lollobrigida
Gina Lollobrigida made her U.S. film debut, proving herself as talented as she was beautiful, in this tense tale of a female acrobat who comes between the partners in a trapeze act, played by the ever-athletic Burt Lancaster and Tony Curtis, presented in collaboration with Park Circus.

Children Of A Lesser God (1986) – Featuring an appearance by Marlee Matlin
Marlee Matlin won a Best Actress Oscar® for her film debut as a rebellious deaf woman whose life is transformed by an innovative teacher (William Hurt). Their powerful performances anchor this unique film, with a new print courtesy of Paramount Pictures in celebration of its 30th anniversary in 2016.

The Endless Summer (1966) – Featuring an appearance by Bruce Brown
TCM celebrates the 50th anniversary of the ultimate surfing documentary in which filmmaker Bruce Brown followed two young surfers on a round-the-world trip in search of “the perfect wave.”

Voices of Light: The Passion of Joan of Arc (1928) – With Conductor Dr. Mark Sumner along with Orchestra and Chorus with Richard Einhorn in attendance
A special presentation of this classic silent film with Richard Einhorn’s original score performed by a live orchestra and chorus conducted by Dr. Mark Sumner, which brings exciting new life to director Carl Theodor Dreyer’s searing account of the trial and execution of St. Joan.

The Kid (1921)
Charles Chaplin’s first feature as star, director, writer and producer drew on his childhood experiences to create a heartwarming story of a tramp who adopts an abandoned child. Shown in a North American premiere restoration presented in collaboration with Janus Films.

The Song Of Bernadette (1943)
Jennifer Jones gives a luminous (and Oscar-winning) performance as Bernadette Soubirous, the real-life peasant girl whose visions of the Virgin Mary inspired the townspeople of Lourdes in the 19th-century shown in a world premiere restoration presented in collaboration with Twentieth Century Fox.

The Keys Of The Kingdom (1944)
Gregory Peck became a star and earned his first Oscar nomination playing a priest stationed in China whose devotion to the poor keeps him from rising within the church, shown in a world premiere restoration presented in collaboration with Twentieth Century Fox.

About the 2016 TCM Classic Film Festival
For the seventh consecutive year, thousands of movie lovers from around the globe will descend upon Hollywood for the TCM Classic Film Festival. The 2016 festival is set to take place Thursday, April 28 – Sunday, May 1, 2016. Over four packed days and nights, attendees will be treated to an extensive lineup of great movies, appearances by legendary stars and filmmakers, fascinating presentations and panel discussions, special events and more.

TCM host and film historian Robert Osborne will once again serve as official host of the TCM Classic Film Festival, with TCM's Ben Mankiewiczintroducing various events. The festival's official hotel and central gathering point for the sixth consecutive year will be The Hollywood Roosevelt Hotel, which has a longstanding role in movie history and was the site of the first Academy Awards® ceremony. The Hollywood Roosevelt Hotel will also offer special rates for festival attendees. Screenings and events during the festival will be held at the TCL Chinese Theatre IMAX, the TCL Chinese 6 Theatresand the Egyptian Theatre, as well as other Hollywood venues.

The magic of movies isn’t just motion, it’s emotion.  As we watch cinematic stories play out, they feel like our own.  In 2016, the TCM Classic Film Festival explores MOVING PICTURES—the ones that bring us to tears, rouse us to action, inspire us, even project us to a higher plane.  In the heart of historic Hollywood we’ll gather to share the big-time emotions of big screen stories, from coming-of-age pictures to terminal tearjerkers, from powerful sports dramas we feel in our bones to religious epics that elevate our spirits.  These are the films that that set our love of cinema in motion.

The "Palace" Festival Pass: $299 – Includes access to all screenings and events at the historic TCL Chinese Theatre (excluding the opening-night red-carpet gala) and the Egyptian Theatre Friday, April 29 – Sunday, May 1, as well as poolside screenings at the Hollywood Roosevelt Hotel.