THE STARS FROM MYSTERY SCIENCE THEATER 3000 ARE BACK! ‘RiffTrax Live 2015’ Series to Bring Big Laughs to Movie Theaters in Your City 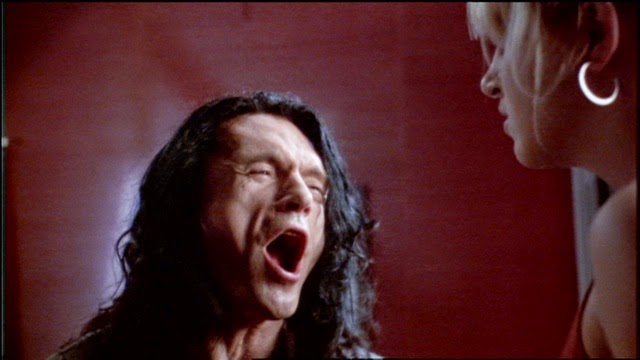 THE STARS FROM MYSTERY SCIENCE THEATER 3000 ARE BACK!
‘RiffTrax Live 2015’ Series to Bring Big Laughs to Movie Theaters in Your City

Remember the Emmy-nominated, Peabody Award-winning, cult classic TV show Mystery Science Theater 3000starring Michael J. Nelson, Kevin Murphy and Bill Corbett riffing on the biggest Hollywood blockbusters to the worst B-movies?  For the past several years, in addition to their extremely humorous website, www.RiffTrax.com, the trio has taken their hilarious commentary to movie theaters across the nation with live RiffTrax events.

“RiffTrax LIVE 2015” finds the RiffTraxers (Nelson, Corbett, and Murphy)  teamed with Fathom Events to host special one-night live RiffTrax events throughout the calendar year. Nelson, Corbett, and Murphy, will perform their signature riffing to a live audience in one theater, which is simultaneously broadcast live to hundreds of select cinemas around the country, except where a replay of the broadcast is shown that same night.

“RiffTrax LIVE 2015 will consist of a series of four “classics” to be lambasted by the men of RiffTrax.  Kicking off the series will be RiffTrax Live: The Room  on Thursday, May 6 at 8pm ET/ 7pm CT and tape-delayed to 7pm MT/ 8pm PT/HI/AK and an encore presentation on Tuesday, May 12 at 7:30pm (local time).  Fan favorite The Room, perhaps the most baffling and hilarious independent film ever produced is a favorite at festivals and midnight screenings around the globe. This film is tailor-made for the RiffTrax guys.  The Room tells the story of a San Francisco bank employee (played by writer/director/auteur Tommy Wiseau) whose fiancée seduces Tommy’s best friend. This tears him apart, causing him to: put on a tuxedo, toss a football with his weird neighbor, have long puzzling rooftop discussions, and eventually, throw a very light TV out his own window.

TALENT: MICHAEL J. NELSON, KEVIN MURPHY & BILL CORBETT  - the stars of the Emmy-nominated, Peabody Award-winning show “Mystery Science Theater 3000. bring their funny running MST3K-type commentary to movies of all kind.  RiffTrax has a library of over 500 titles available at RiffTrax.com and on digital platforms everywhere.  RiffTrax has also produced five prime time television specials for the National Geographic Channel.  RiffTrax releases a newly riffed movie, short film or TV program each week, and performs the RiffTrax Live comedy series four times a year where a movie is riffed live and simulcast into over 700 theaters across North America.  RiffTrax was founded in 2006.

RiffTrax Live continues throughout the year with the following films:

Tickets for “RiffTrax LIVE 2015”are available at participating theater box offices and online atwww.FathomEvents.com. The event will be presented in select movie theaters around the country through Fathom’s Digital Broadcast Network. For a complete list of theater locations and prices, visit the Fathom Events website (theaters and participants are subject to change).

Posted by GenreOnline.net at 10:40 AM