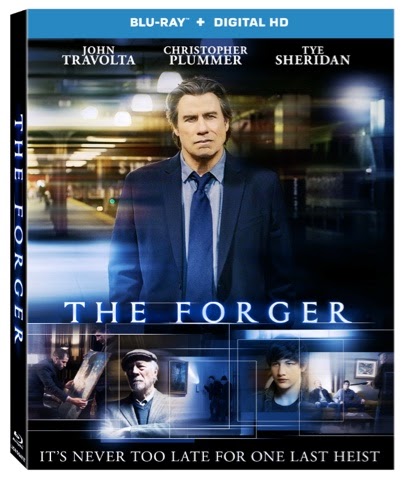 The world's best art forger (Travolta) makes a deal with a crime syndicate to get an early release from prison, but in return he agrees to pull off an impossible heist-he must forge a painting by Claude Monet, steal the original from a museum and replace it with a replica so perfect that no one will notice.  He enlists the help of his father (Plummer) and son (Sheridan) and together they plan the heist of their lives.

The Forger Blu-ray, DVD and Digital HD include a featurette going behind-the-scenes with the cast and crew of The Forger for a look at the making of the film. The Forgerwill be available on Blu-ray and DVD for the suggested retail price of $19.99 and $19.98, respectively.