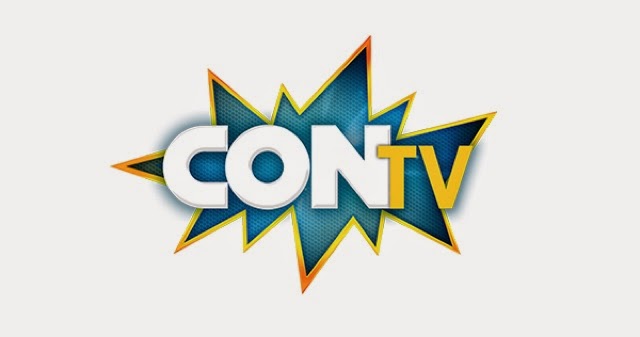 (Los Angeles, CA) April 14, 2015 – Now live with thousands of hours of programming, the OTT streaming network CONtv announced today that its preview starting on March 3, 2015 has successfully launched the channel, which will now officially kick off at the upcoming Las Vegas Comic Con later this month.

During this preview period, CONtv has seen dramatic performance:

·      In total, the channel garnered a 92% positive satisfaction rating across all platforms;

·      Original content titles and episodes, FIGHT OF THE LIVING DEAD; trivia show LAST FAN STANDING, hosted by Con favorite Bruce Campbell, and MYTHICA: A QUEST FOR HEROES starring Kevin Sorbo are among the  most watched properties on the channel (occupying 15 of top 20 viewed spots);

·      Binge-viewing by users is high frequency;

CONtv is a partnership of Cinedigm, one of the nation’s largest independent distributors of digital entertainment, and Wizard World, producers of the largest Comic Con Tour in the U.S. This partnership provides an unrivaled hub of content, community and conventions across the broad spectrum of devices including Android and Mac iOS, Samsung Smart TV, Roku Players and Roku TV, the web, and mobile and tablet devices.

“We are very proud that CONtv is the first OTT streaming network specifically designed for the very avid and savvy Comic Con fanspace,” said Cinedigm Chairman and CEO Chris McGurk. “Our preview for the last few weeks has been very successful.  We set out to create a channel for the fans and by the fans, and are pleased by all the positive feedback we have received from them during this preview about our content and the CONtv viewing experience.  We are thrilled to officially kick off the channel at the Wizard World Comic Con Las Vegas later this month because, based on the tens and tens of millions of viewing minutes during preview and very high customer satisfaction, we are now more confident than ever that CONtv will continue to deliver exactly the type of content and viewing formats Comic Con fans want to see.”

Wizard World CEO John Macaluso adds, “For fans that attend Wizard World Comic Con events, CONtv is the ideal extension of their fandom of films, TV shows, comics, stars, heroes, personalities and more. For those who have not yet been to one of our 26 shows across the U.S., CONtv brings exclusive access to rarely seen moments, panels and previews that are part of the true Wizard World Comic Con fan experience. With numerous Wizard World shows coming up in the next few weeks, CONtv viewers will have even more original content coming across their screens soon.”

After a highly successful preview last month, CONtv launched an array of original programming including the pop culture trivia show hosted by cult hero Bruce Campbell LAST FAN STANDING, the aforementioned zombies vs YouTubers reality show FIGHT OF THE LIVING DEAD, and the first installment in the three-part sweeping fantasy epic starring Kevin Sorbo (“Hercules: The Legendary Journeys”) MYTHICA: A QUEST FOR HEROES. CONtv’s original programming slate continues to grow as the channel premieres its fourth original, the action-packed reality series starring the fan-favorite original Green Power Ranger Jason David Frank, MY MORPHING LIFE on April 24. On the ground for the Wizard World Comic Con Las Vegas, Frank will screen his new CONtv original series, while Mythica star Kevin Sorbo will present a screening of MYTHICA: A QUEST FOR HEROES and will reveal never-before-seen advanced footage of the follow up film MYTHICA: THE DARKSPORE.

Both free and VIP subscription accounts are available at CONtv.com, with CONtv VIP subscription packages providing the ultimate ad-free fan experience, access to exclusive content and first look and perks at Wizard World Comic Cons, including reserved seating and discounts.