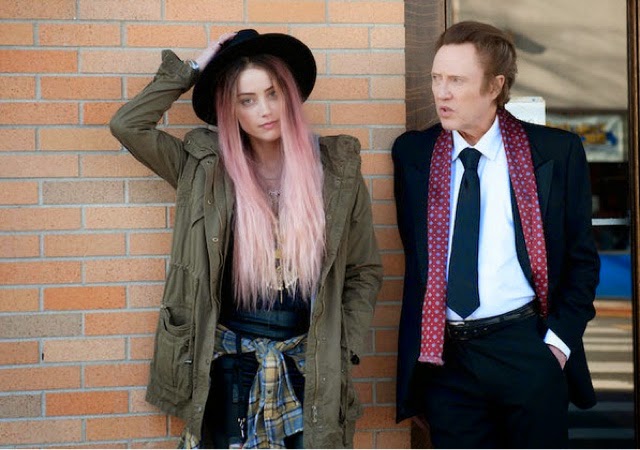 The following interview was provided by Indiewire and written by the publication's Mabaging Editor, Nigel Smith and has been republished in part with a link to the interview with permission of credit Indiewire.com.

Since breaking out with Friday Night Lights, the 2004 teen drama that went on to inspire the TV series, Austin-born actress Amber Heard has worked non-stop in Hollywood. But it's taken a decade for Heard to finally find her voice in the industry.

The actress, who recently became a tabloid fixture following her recent elopement to Johnny Depp, does two on-screen "firsts" in the 2015 Tribeca Film Festival premiere When I Live My Life Over Again.  In the dramedy, from writer-director Robert Edwards, Heard plays the guitar and sings (she'd never done either prior to this movie) to play Jude, a pink-haired struggling singer/songwriter who heads home to her father (Christopher Walken) after one too many big city problems. As soon as she arrives, she's reminded that spending time with her father presents its own particular set of challenges.

While promoting the film at Tribeca 2015, she took time to chat with Indiewire Managing Editor Nigel Smith about objectification in Hollywood, going out on a limb for star turn in When I Live My Life Over Again, her Christmas release , The Danish Girl, and much more.

Find some excerpts from Heard's interview below; for the complete interview, visit: http://www.indiewire.com/article/tribeca-amber-heard-is-done-being-hollywoods-sex-object-20150422

You must be proud of [When I Live My Life Over Again] in particular.  It's so refreshing to see you in a role where you're not sexualized at all.

I know, it's been what I've fought for since the first day on the scene.  Superficial is far less interesting primarily because it's the result of things that are out of my control, so it's independent of one's character and how one looks. It can help define one's character but looks in and of themselves are not the result of any hard work, bravery, substance, etc., so they're far less interesting qualities to bear in a movie or to take on within a character. So for me, I fought really hard to find roles that weren't defined by their sexuality...

I've been in this business for 12 years or something and it's incredible frustrating to be able to just now be trusted or given roles like this because this industry's very hard on women, because you're constantly asked to choose between one of two archetypes: sexy or not. And within the "not," you perhaps can acquire for yourself a few different traits, but they're going to be severely limited. The story's not going to be about you. In the former, it's completely unfulfilling work to undergo and it's not fulfilling for an audience to watch. It's incredible frustrating that a system is in place where you have to choose one or the other. I should not have to choose to be taken seriously or to be beautiful. I finally get to do a role without any of that shit, it's about a character and her issues and her problems and her journey.

You're a big advocate for the LGBT community, having come out as bisexual a while back. "The Danish Girl (being released Christmas 2015) centers on an artist, Eddie Redmayne, who is famous for getting one of the first known gender-reassignment surgeries. Did you LGBT activism play a role in your desire to make "The Danish Girl"?

There were many aspects to doing this project that I was compelled by.  Tom Hooper is one my favorite filmmakers.  Eddie Redmayne is one of the most talented actors of my generation.  That's to undersell him.  I was excited to work with Alicia, she's incredible talented.  I have this amazing cast and this era that I'm incredible fascinated by.  I love art, I love the surrealism, especially.  So this era is compelling to me...And it's story about heart and love between two people and identity as well and it just so happens to be also an LGBT issue... Discrimination, identity, family relationships love, all these things within the context of a society. All of these things within a society that doesn't accept that. Somebody undergoing a sex change to fully realize themselves is incredibly compelling for me. I'm obviously a major advocate for equality and as a member of the LGBT community I am honored to be able to be part of a story that represents a part of that struggle and that life. 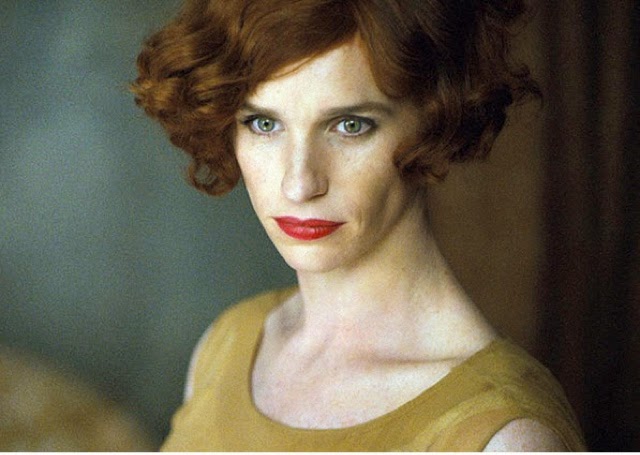 Posted by GenreOnline.net at 3:01 PM